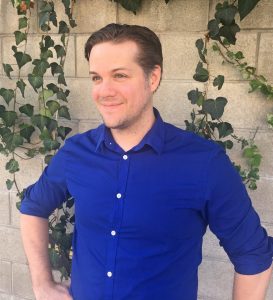 Austin Coppock is a writer, astrologer and student of esoteric lore based in Ashland, OR. He works as an astrological consultant, teacher, writer, and speaker and was the president of the non-profit Association for Young Astrologers (AYA) from 2012-2016.

His approach to astrology is rooted in history and tradition, yet open to contemporary developments and concerns. Austin’s work also encompasses the critical and often ignored overlap between astrology and magical traditions, such as Hermeticism.

He has written extensively on astrology, including hundreds of weekly columns, dozens of articles, and Astrological Almanacs for 2011-2015.  His writing has been featured by such publications as The Mountain Astrologer and the CLAVIS Journal.  His groundbreaking work on the decans, 36 Faces, was published by Three Hands Press in 2014.  Austin gives public lectures regularly, including such events as the Esoteric Book Conference and the Northwestern Astrology Conference.

Links to individual podcasts and appearances are available in chronological order here.