The first ten days, or decan, of Cancer this year is unusually challenging. Mars stations retrograde in Aquarius on Tuesday, June 26th and the very next day there is a Full Moon in Capricorn, tightly conjoined Saturn. It is worth a look at each, individually, as well as their relationship to one another.

After slowing down for the last several months, Mars stations retrograde on his day, Tuesday, June 26th. This reversal of apparent motion occurs at 9 Aquarius, and will continue until the direct station on August 26th. For now we see the planet of action, motionless. From that stillness, motion will once again emerge, but it will be of different quality, and have a different trajectory. Closer and closer to earth, those red rays fire deeper and deeper into the underworld. Some of the power which is usually spread across the earth’s surface will seem to be absent, but it is busy below, in subconscious caverns and hidden grottoes beneath the threshold of awareness. But it is down there, kindling the fires of hidden dragons. Not only does Mars come closer to earth as the retrograde gets started in earnest, but also more and more nocturnal. Up all night, Mars retrograde seeds the inky gulfs with increasingly brilliant red.

Mars’ binding to diurnal priorities weakens as energies retreat to the nightside. Retrograde, Mars sleeps all day, waking up at dusk to do the night’s work.

The power hides beneath the earth during the day, stirring hidden pots full with volatile psychic substances – the Water-Bearer’s pitcher becomes a strange alembic for the psychedelic battle-brews of forgotten warriors. The austere Water Bearer becomes the Drunken Master of Gods, the jug of celestial waters becomes an intoxicating canteen full of the deep-space chaos in which the stars dance. A drink from this jug shows what of Mars sees Chthonic dragons stir and and rise. Anger carefully buried beneath the convenience of peace emerges. Also come the ghosts of the fights we didn’t have, the tactics we never tried. Power forgotten demands to be reclaimed.

In Mars’s spotlight we see power, struggle, conflict, victory, defeat, and grit. The shape of those stories, and the shape of the arena where they take place, is due to mutate. As the games change, so do the laws of power which govern them. These months are thus intermediary, between. The patterns of the unknown are experienced as chaos because their logic is not visible. During this chaotic interval in the Mars cycle, watch the game, and observe the rules changing. See what they’re becoming, for as you come to understand, which tools and strategems are required will become evident.

To successfully navigate this changing battlefield, we must detach from it enough so that we can see what’s going on. To the degree that we are engaged, enraged and adrenalized, stuck in tactical hell, we are unable to note the trajectory of the changes or integrate the new martial insights on offer. We must remember the power of stopping, the capacity to cease an action which is ineffective, and to reassess while disengaged. Indeed, of the 10 wisdom goddesses (mahavidya), the one associated with Mars, mighty Bagalamukhi, is said to possesses the power of stopping, and of paralyzing. Motionless, firmly anchored to the nondual nature of the real, her presence depolarizes, stopping the raging storm. Rooted in truth, the demon cannot speak illusion into being whilst beneath her gaze.

Mars’ retrograde station will not do this stopping for us. Indeed, it will set much awhirl. It is we who must do the stopping, who must petition and embody the power of motionlessness amidst storms internal and literal alike.

The Full Moon in Capricorn

Yet there is a difference between the stopping which is abiding in the center, between pendulum swings, and stopping because one is stuck. The Full Moon in Capricorn, which comes the day after Mars’ retrograde station and is tightly conjunct Saturn, refers to the second kind of stopping – of sticking.

This Full Moon arrives just the day after the Sun makes its annual opposition with Saturn, the mid-point in the Sun-Saturn cycle which spotlights duties, obligations and responsibilities in indigo light. Wednesday the 27th adds silver to that illumination with a Full Moon in Capricorn. While Mars is busy unbinding shackled energies, the Moon and Saturn ask what knots need to be tightened, what boundaries strengthened, and what roots grown deeper.

Mars’ retrograde station in Aquarius and the Full Moon in Capricorn are an odd pairing. Both of these signs are ruled by Saturn, and their action is paired but contrasting. While Aquarius sees people jump Saturn’s fence and head into alien lands for freedom, Capricorn organizes and protects the world inside the castle walls. Liberation and fortification are both a function of walls, and the heavens ask us during this time to attend to matters both on the inside and outside. There is not a simple answer to be had here, the answer is not freedom or responsibility, but both, properly located and mixed. This is a fundamental polarity. What time and energy will you  bind and commit, and what will you release and loosen?

Each has its pleasure, misery and reward. Each has its place, and time. Consider, as red Mars pauses and Saturn gazes soberly down, what you might need to get tightened up and locked down, and what might benefit from letting loose, getting experimental and unorthodox. The drillmaster and the drunken master are both good teachers, but it is difficult to be a student of both.

For more information on how to remediate Mars’ upcoming retrograde, visit our friends at Sphere + Sundry. 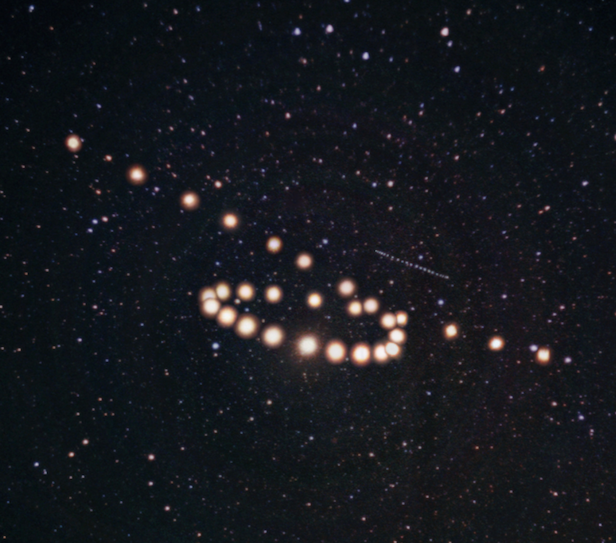