February’s skies promise a month both fast and strange. Mars and Venus’ presence in Aries pushes the pace of the month, accelerating it through a pair of eclipses which promise to take us across peculiar terrain. We’ll ride the eclipse dragon, like a roller-coaster, through tunnels ablaze with images. Visions of the future abound, which upon inspection look suspiciously like cheap re-enactments of the past. Cardboard Nazis, wax Founding Fathers, and stilted, animatronic recreations of old lovers stream by. They belong to neither the past nor the future, but are instead artifacts of the mysterious, mutating present. We’ll plow through these cheap projections in search of the actual past, a portion of which is still embedded in us, like shrapnel from a Vietnam-era landmine.

It will be a brightly lit and disorienting ride, but if you can stomach the twists and turns, there is much to be learned about both where we’ve been and where we’re headed.

The month begins with Mercury making its way between squares to Jupiter and Uranus, exposing the mind to options temperate and extreme. As the messenger notes the answers offered by radical, disruptive Uranus and optimistic, moderate Jupiter, consider both perspectives. Some areas of your life might call for a little disruption, while others would do better with gentle nurturance. Mercury completes his square with Jupiter early on the 2nd.

Venus changes signs on the 3rd, leaving behind the marine landscapes of Pisces for Aries’ red-hot arena. In the Ram’s sign, Venus signifies intense, kinetic passions. The planet makes for Incandescent moments of lust and glory, but also dull ash doldrums of regret and disappointment.

Venus is due to spend an unusually long period of time in Aries this year as a result of the bright planet’s upcoming retrograde. Though Venus does not station retrograde in February, it does spend the month in the same degrees it is destined to return to in subsequent months. Furthermore, every day throughout February, the evening star will rise lower and dimmer in the west before disappearing in March. Venus thus spends all of February in the “shadow” of the upcoming retrograde, tracing degrees and triggering layered material. Keep an eye on what the heart burps up in February, as some of it will need to be revisited before it is resolved.

Jupiter rolls to a complete stop and reverses its motion on the 5th, beginning the planet’s 4-month retrograde phase. Unlike some of the other planet’s retrograde phases, Jupiter’s does not signal calamity, or even inconvenience. It does, however, suggest that we rein in our ambitions to expand and improve, and instead focus our efforts on holding the ground we’ve already taken. It is less lucky and potent than in the direct phase, but it is not actively malefic.

The most significant action Jupiter will undertake during its retrograde phase is the return to exact opposition with Uranus in Aries. This opposition brews tension between the careful step and the wild leap, and will begin to mount again from early February on, before coming to another peak, the second exact opposition of three, in early March.

Mercury Enters Aquarius: Back to the Future

Mercury enters Aquarius early on the 7th. This is traditionally considered to be a more functional sign for Mercury than Capricorn, as the great, abstract heights of Aquarius offer clarity superior to the stony, earth-bound vistas of Capricorn. Mercury will also be visible in the pre-dawn sky throughout this phase, though this short morning window of visibility will close as the month continues, disappearing late in the month.

On February 10th, we are treated a penumbral lunar eclipse at 22 Leo, the first of many on the axis which connects the Lion and the Water-Bearer. This eclipse occurs with the Sun and Moon occupying degrees configured tightly to this year’s Jupiter-Uranus opposition, and moving the game of 2017 along, turning over another set of cards.

This eclipse sees the Moon loosely conjunct the Dragon’s Head, the North Node of the Moon. Eclipses on the North Node often exaggerate or magnify the characteristics of the signs involved. In this case, with the Moon in Leo, we may see excessively royal behavior, and conflicts resulting from overweening pride or a bloated sense of sovereignty. On the other hand, this surfeit of Leonine power may serve as a corrective for those who have a hard time expressing themselves or declaring ownership over their world.

As it is only the first of several eclipses in Leo, it initiates a process scheduled to take a full 18 months. So while it may set certain things in motion, it is primarily a point of beginnings, not outcomes.

The Sun enters Pisces early on the 18th, growing fins and buoyancy gauges that it might swim with the Fishes for the next month. For the rest of February, the Sun will paddle deep and deeper through the undersea sign. A conjunction with the Dragon’s Tail on the 21st sees the Sun’s light drift down, toward the ocean floor, in preparation for the last eclipse in Pisces on the 26th. The 21st is doubly challenged, as while the Sun is lashed by the Tail, Mars squares Pluto, which can stir up ugly and oppressive power dynamics.

On the 26th, Mercury forsakes the heights of Aquarius for the depths of Pisces. Mercury is considered to have a difficult time in Pisces, as the psychedelic seas of the Fishes’ sign tend to bend straight lines into spirals, making the simple more challenging than it ought to be. Mercury retrograde-esque phenomena, such as missed flights, drowned smartphones and forgotten emails are all common during the messenger’s passage through Pisces. The planet’s position is, however, favorable for works of poetry and imagination, which do not depend so heavily on the linear. Mercury will be in Pisces until March 13th.

February’s finale waits for the last days of the month. The annular solar eclipse in Pisces is slated for the 26th. It is the last in the Pisces-Virgo series of eclipses which began back in September 2015, and thus plays a concluding role in the series of adjustments which this cycle has presided over. This final installment occurs at 8 Pisces, and will be visible over the southern portion of south America, as well as some parts of Western Africa.

Here Leviathan’s tail gives the sea-floor one final sweep, stirring up strange beasts and hammering the doors of sunken R’lyeh. Sea-monsters and sunken treasures emerge from the waters of the personal and collective psyche. Some will see a few odds and ends wash up on their beaches, while other, more sea-faring types may find themselves sucked directly into the mysteries of the maelstrom.

While the solar eclipse churns the watery deeps, Mars intersects powerfully with the Jupiter-Uranus opposition, cranking up the temperature on the land and in the air. Mars conjoins Uranus in Aries on the 26th and then opposes Jupiter in Libra on the 27th. Here the swift and radical takes precedence over the moderate. Though Mars-Uranus conjunctions can catalyze quantum leaps of personal development, they can also spur shocking, unilateral and violent action.

This configuration, which marks one of 2017’s flashpoints, adds volatility to the atmosphere of the last days of the month. February ends on an intense and potentially chaotic note, with early March offering more of the same. Heated dynamics require a cool head, so stay frosty, and keep an eye out for the opportunities which disorder sometimes offers. 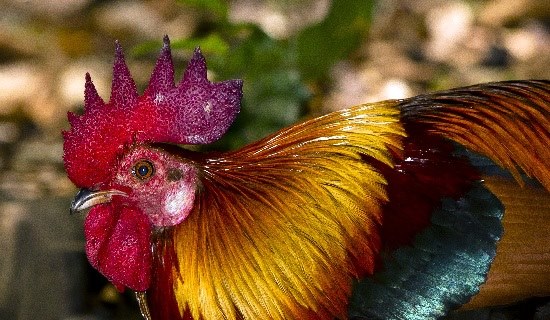 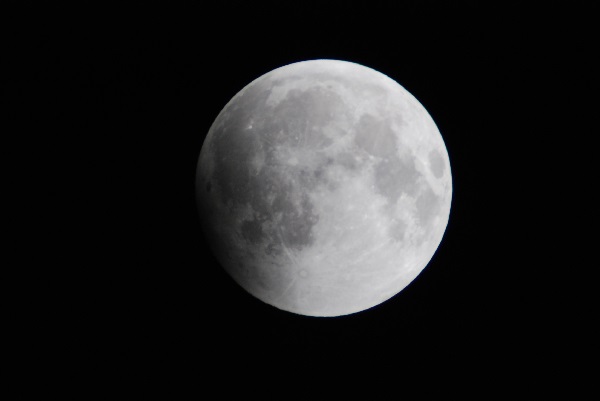