The Sun spends the first third of June in the second decan of Gemini. In this face we see the Hermaphrodite, the Two becoming One, the One which splits into Two. They occupy the indeterminate space, between singularity and all other numbers. Having become Two in the first face of Gemini, the reach backward to the One, initiating a process of infinite multiplication, which unrestrained, gives rise to states of progressive incoherence.

In myth and story, this decan’s form is Kybele, who was born a hermaphrodite but had their potency sundered by the gods’ jealousy, only to re-unite with their other half as lover. The form is Ardhanarishvara, whose right half is Shiva, and whose left is Parvati. The story is Plato’s Myth of Aristophanes, in which the original humans, half male and half female, are cursed by envious gods to walk split and separate. The story is one of separation, but also one of the divided remembering unity. This process is the Great Work which produces the alchemical Hermaphrodite, or Rebis.

Those are the myths and images. In practice, this is where the Sun was when (The Artist Formerly Known as) Prince was born, the alchemical androgyne incarnate in performance. This face of Gemini gives birth to those who are both/and. The figures depicted in traditional texts

carry both the implements of love and strife, art and war. The Brihat Jataka shows a man armed and armored, yet fond of play, children and decoration. Ibn Ezra shows a similar figure, armed for war, yet spending his time picking flowers from a garden. It is a face which one system gives to Mars, and the other to Venus. The logic of both, as well as their pairing, is clear.

The configuration of the planets this year places an unusual emphasis on this formula. Mercury and the Sun conjoin in the middle of the second face of Gemini on June 5th. This conjunction sees Mercury on the other side of the Sun, it’s antennae fully extended, ready and willing to transmit the mystery of the Rebis to us.

All the more curious, yet utterly in line with the nature of this face, is the fact that while Mercury and the Sun conjoin in rational, dual Gemini, they do so whilst in a near-perfect square with Neptune in Pisces. Neptune is the planet most interested in dissolving separation, while Mercury is the one most concerned with differentiating left from right, and right from wrong. The essential theme of duality emerging from union, and the return of the dual to the singular, is thus echoed and amplified by the configuration of these planets. The day after the exact conjunction, on the 6th, the Moon joins this alignment, further emphasizing it. The Moon and Neptune in Pisces show us the liquid unity from which we emerge and return, while the Sun and Mercury in Gemini double down on the dual.

These powers naturally contradict each other. Neptune has great power to ruin Mercury’s precise conceptual divisions, the same way that water poured on a notebook causes the ink to run and blur. Meanwhile, Neptune’s mystical quest to return to the undifferentiated source is complicated by Mercury’s constant clever chatter. On a practical level, Mercury-Neptune aspects give rise to the type of events usually associated with Mercury retrogrades.

Meanwhile, the two rulers of this face — Venus and Mars, go through their own travails. In Cancer for the entirety of this decan, Venus opposes Pluto in Capricorn on the 5th, the same day that Mercury and the Sun conjoin. Here, and in the days leading up to the opposition, Pluto opens the door to the Venusian underworld. Phantom fears of intimacy drift through this gate, as do the ghosts of old lovers. Buried secrets bubble up, as do repressed passions. In Cancer, opposed Pluto, Venus becomes a lover darkened by the past, a haunted caregiver, the therapist grappling with their client’s secrets, as well as their own.

Meanwhile, Mars in Aquarius edges into conjunction with the Dragon’s Tail, the South Node of the Moon, also known as headless Ketu. Though their conjunction is perfect on the 7th, the two will be tightly paired for weeks and weeks to come. Here Mars’ earthly fire is paired with the spirit-flame of the South Node. Twinned, they burn harsh and bright, immolating and purifying obscurities. This is the fire of the renunciate, who walks away from everything. It is the fire of dissatisfaction, in whose light the world looks like a tawdry prison.

It is said in Hellenistic astrology that planets in the signs of Aquarius and Cancer cannot see each other, and so the two halves of our divine Hermaphrodite may have trouble locating their counterparts. Their joining will not take place of its own accord — we must lead these parts of our lives, and selves, together, taking the renunciate warrior and the shadowed care-taker each by the hand.

We attempt to conduct this alchemical conjunctio in the midst of the struggle between analytic Mercury and mystical Neptune. This formula is slippery, for it is not that the Two need become an undifferentiated One. The Hermaphroditic point is where the One clearly contains the Two, yet has not divided. It is the Tai Chi, which contains Yin and Yang, yet remains One. It is not a static state, it breathes with unity and division. With the in-breath, the Two become One, with the out-breath, the One become Two.

Remember, you have always been this, and always will be. You are singular, you are dual. You fight, you nurture. You carry knives and arrows, you bring flowers and joy. You are a creature of love and strife, whole and entire. You are the One the Two united to create — their child. You are the One who gives birth to the Two — their sole parent. Parent and child, masculine and feminine, yin and yang, the prima materia and final triumph of the Great Work. 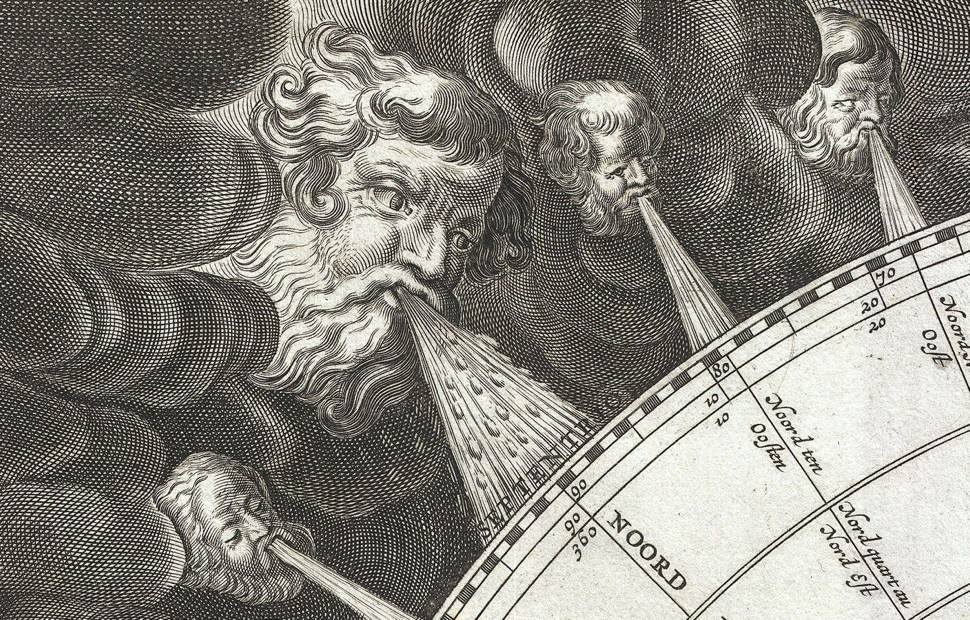