This week sees an abundance of action in the early degrees of Scorpio.  Mercury follows the Sun into the subterranean sign on Monday, and then conjoins our star on Thursday.  At the same time, Venus in Sagittarius makes a variety of different connections during the week, pulling the passions one direction and then another.  While Venus rides the rollercoaster and the Sun and Mercury scheme together, Mars completes a disruptive aspect to Uranus on Friday, kicking off the weekend with a somewhat discordant blast.  Finally, the week rolls to a close with the New Moon in Scorpio on Sunday, which gathers together the week’s divergent themes and seeds the lunar month anew.

Mercury Enters Scorpio: Up Above and Far Below

The week begins with the ingress of Mercury into Scorpio on Monday the 24th.  As I wrote in my piece about October’s astrology, “Cloud and Stone:”

“Mercury, always curious, puts on the cloak and dagger of the detective here, becoming more obsessive and focused in the Scorpion’s sign.  In Scorpio, Mercury aids investigations, but tends to feed paranoid thinking.  At this point, Mercury is moving speedily through our sky, and will only be in Scorpio until November 12th.”

Scorpio is said to be a “mute” sign, as much that can be perceived within its confines is difficult to articulate.  The researcher works long and hard before sharing their conclusion.

In addition to being in a “mute” sign, Mercury is also invisible this week, for he spends it hiding behind the bright skirts of the Sun.  Hidden from the naked eye, Mercury pushes the mind to ponder things similarly concealed.  This obscurity is considered an affliction to many of Mercury’s regular duties, such as facilitating transportation and communication, though it may be helpful for activities which require darkness and only the occasional word.

Though Mercury’s entrance into Scorpio and continuing invisibility is worth considering, there is more to say about the swift planet’s travels this week. On October 27th, Mercury, the Sun and Earth make a nice straight line.  This event, which occurs three times each year, is called the “superior conjunction,” and sees Mercury on the far side of the Sun, as distant from Earth as the planet routinely ranges.

Like the inferior conjunction, or cazimi, at the heart of each of Mercury’s retrogrades, this point of perfect alignment is considered to temporarily boost Mercury’s power.

Yet while Mercury’s retrogrades are often likened to travels to the depths of the underworld, some astrologers, such as Demetra George, treat Mercury’s superior conjunction as being like a journey to the heights of Mt. Olympus- the realm of the gods.  As I wrote earlier in the month, “In this configuration with the Sun and Earth, Mercury acts like the lens of telescope, helping us to see far beyond our current position.  Look outward, and see the distant potentials you truly hunger for.”

There is a bit of a contradiction this time, for although Mercury is in a outward-looking phase, the sign in which the conjunction occurs, Scorpio, is of a decidedly subterranean quality.  We will thus be pushed to reconcile the heavens and hells, the heights and depths.  What is the chain which links the sublime and the infernal, the immense and the deeply personal?   Alchemically, this is the binding of the subtle to the gross, represented in an alchemical woodcut depicting an eagle and frog chained together.

Venus makes three exact aspects this week, providing a shifting and uneven emotional landscape.  Tuesday the 25th and Wednesday the 26th see Venus make a pair of aspects in quick succession.  The 25th hosts Venus in Sagittarius’ square with Neptune in Pisces.  This aspect highlights the friction between current sources of pleasure and the great fulfillments promised in dreams.   It may be that reality is just not quite good enough, or that a dream has been too long in arriving.  Possible solves for this square include retreating into a pleasing fantasy realm, like a good book or movie.  Try to avoid projecting unrealistic images or expectations on to others.

Though the 25th might disappoint, the 26th may deliver.  Venus in Sagittarius completes a sextile with Jupiter in Libra.  A harmonious sextile between the two benefics is always a good thing, but in this case the pairing is also mutually received, amplifying the potential for good fortune and high spirits.  This aspect between the benefics is pleasant, but is overshadowed later in the week by Venus’ conjunction with Saturn (29th).  Venus-Saturn conjunctions can be a bit joyless, as Saturn suppresses the light-hearted side of Venus’ nature. But this conjunction serves an important diplomatic function in the longer story of Jupiter and Saturn’s reconciliation.   Though Venus’ embrace of Saturn must necessarily involve coming to terms, emotionally, with necessity, you will find upon duty’s embrace that it is not a hopeless or joyless situation, but one which, through perseverance, can be steadily improved.

While the Sun and Mercury descend into Scorpio and Venus tries to broker both peace and pleasure, Mars itches for a fight.  Friday, October 28th sees Mars in Capricorn square Uranus in Aries.  Furthermore, the Moon in Libra aspects both Mars and Uranus late Friday, further potentizing it.  This is a volatile and potentially destabilizing aspect, and suggests inflammations of both the body and mind.  If your fuse gets lit, politely excuse yourself to the nearest bathtub.

The week’s final bit of business, the New Moon in Scorpio, arrives on Sunday, October 30th.  This New Moon is in close conjunction to Mercury, and trine Neptune in Pisces.

This New Moon occurs in the first decan of Scorpio, a portion of the sky and time which highlights hunger.  This first ten degrees of the sign are described, in several historical sources with images of desire both satisfied and starved.  Yet hunger is rude.  Desire is uncivilized.  Peaceful co-existence with other people demands that we conceal a portion of what motivates us.  We practice these polite deceptions so often that it becomes easy to believe them to be the entirety of the truth.  We end up lying to ourselves about ourselves, and about other people.  Yet it is only those who can remember what they really want who are likely to achieve it.

We fear our own desires so much that it in the stories we tell, it is almost always a monstrous figure or devil who reveals them to us.  We cannot imagine the truth about ourselves revealed without a figure waiting to judge or punish us- to take us down to the hell we fear that we deserve.

But what if that monster, that devil is not waiting to take you to hell, but merely waiting for you to find enough courage to be honest about what you want?

Yet such revelations are rarely as scandalous as they are imagined to be.  Hidden beneath the veil of shame and fear lurk simple things.  The desire to be liked.  The feeling of security which control imparts.  Even the commonly demonized desires, power and sex, are just that- common.  These are not arch-devils. At worst, they pools of stagnant water in which mosquitos breed.  Yet the nature of desire is not static.  It flows, like water.

These small creeks and tributaries of desire flow together within each individual to create great and unique rivers, mighty waters which cannot help but take us toward fulfillment.  There is an intelligence to their direction and a power in their flow.  It is these subterranean rivers upon which we pilot the ship of life, and as its captain we can acknowledge the current and navigate wisely, or we can condemn the waves, and try in vain to resist them.  Many have wasted their lives in upstream journeys, imagining themselves saints.  Many more simply moor their crafts to the shore, making a virtue out of stasis.

Yet even for those brave and honest enough to follow where the river leads, the journey is not without challenges, nor the river without dangers.  Monstrous fish lurk beneath its waves and strange birds call from the psychedelic forests on its banks.  The current alternates between swift and slow, and though there are many sights to be seen, there is its certainty- its destination.  For every river of desire disperses in an estuary of dreams, and feeds back to the black seas of infinity, the endless fullness, the endless emptiness, from which we all hail and to which we will inevitably return, only to emerge again.

And so, as we come to this year’s Dark Moon in Scorpio, give yourself license to dream of riverboat masquerades and infinite seas.  Dream, and be well. 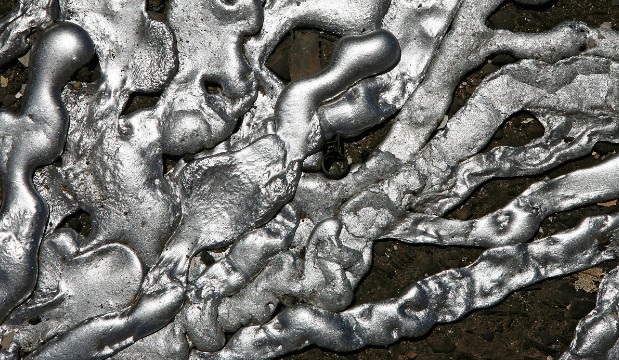 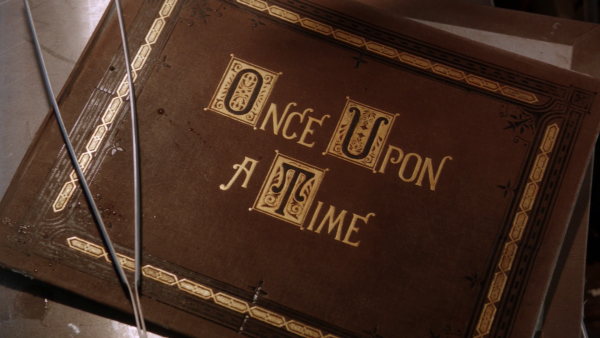