The Full Moon in Taurus

Our week between stories begins with the Full Moon in Taurus, which occurs early Monday morning.  This is an unusually potent lunation, for a pair of reasons.  First, this Full Moon occurs in the tropical sign of Taurus, the sign of Luna’s exaltation.   Second, it is a “super moon.”

Although the term “super moon” has been widely abused by social media and poor journalism, it is nonetheless descriptive of a real phenomenon.   The term refers to the times when the Moon is closer to Earth than usual, as the distance between us and our satellite varies from roughly 225 thousand miles to 252 thousand.  During the Full Moon which begins this week, the Moon will be much closer than the average distance, and will appear correspondingly brighter in our sky.  This gives the Full Moon just that much more juice.

Though the excess of lunar power present at the beginning of the week can certainly serve to fuel lunacy of the typical sort, with a little bit of direction, this Full Moon’s potency can be used, personally, for works of stabilization.

Taurus is a sign of the Earth element, suggesting works of solidification, stabilization and relaxation.  Seek for a moment mineral consciousness, and take comfort in gravity’s steady embrace.  Then, like a plant, search with your roots.  You will find purchase below, an anchor which will keep you from getting buffeted about by the winds currently howling.  Then, ascending to the busy world of animal consciousness, locate and the meet your creaturely needs. If you want to be capable of great efforts, heroic exertions, then you must be taken care of exquisitely.   Soothe and nurture yourself like a prize-winning race horse,  like a beloved pet— like the valuable beast you are.

This Full Moon also intersects meaningfully with many of this year’s most potent moments.  As I wrote in November 2016: Sorting Stories:

“This lunation sees the Sun at 23 Scorpio- the exact degree in which Mars stationed direct during June.  Furthermore, the Moon will occupy 23 Taurus- the very same degree which Mercury stationed retrograde in at the end of April.

This Full Moon should thus serve to complete several of the storylines which began during the second quarter of the year.  This Full Moon is thus of particular importance to anyone with planets in the vicinity of 23 Fixed, and certainly for those with birthdays Nov, May, Aug or Feb 10th-15th.”

This week is host to one of November’s most important configurations, the direct station of Neptune in conjunction with Ketu.  As I wrote in November 2016: Sorting Stories:

Distant blue Neptune is the center of a few rather important events during the middle of November. First, and most obviously, Neptune stations direct on November 19th.  Retrograde since June, this reversal sees Neptune click into its seven month long direct phase.  It also happens that during Neptune’s direct station that the planet and the South Node of the Moon conjoin.  Although they have shared the sign of Pisces for over a year, it is on November 17th that they overlap precisely.

The South Node has a purifying influence on the other planetary bodies it intersects.  This process of purification necessarily involves the separation of the pure from the impure, the medicine from the poison, the food from the feces.  Applied to Neptune, this process necessarily targets the stories which both surround and inhabit us.

Stories are not merely passive reflections, they are causal viruses. They shape and re-arrange the conscious systems they infect.  The conjunction of the Neptune and the South Node is a call to clean up our dreams, to purge toxic narratives, to let go of the stories which no longer serve.  Though human beings do not physically shed their skin, we do so on a psychic level.  Sometimes, we must slough off an old story in order to grow a newer and more authentic one.

This narrative crisis is larger and more collective than I expected when I wrote the above passage, as the results of the American election have since disrupted a great number of storylines.   For many the expected future, whether desired or disgusting, did not arrive.

Follow the thread of the plot of any story, individual or collective, back far enough, and eventually it will lead you to the place between narratives, the space between dreams. This is where the stories come from, and this is where they go.  The womb and tomb of narratives.  Like all bardos, all crossroads, all between-spaces, this one is full of both sorcerous power and intense discomfort.

Before you follow a plotline back to the surface, take a moment to survey the unintelligible complexity of Destiny’s loom.  The fabric of the real is not woven of one or fifty threads, but instead a catastrophic abundance of luminous cords.  Listen and hear the muttering voices of the trillion, whispering plotlines.  Our story is a rich, a multidimensional tapestry of breathtaking horror and beauty.  It is not a simple tale of triumph or failure, though victories and defeats abound within it.

This is an uncomfortable place, and it is tempting to seize on the nearest and most familiar threads, most of which are tales of disaster, decline and degradation.  The future has, in recent decades, become a breeding ground for tales of dystopia and apocalypse.  We increasingly imagine ourselves as survivors of one world-ending event or another, cast members of the Walking Dead.

We have collectively done an excellent job of imagining what could go wrong, yet there is a paucity of tales of how things might go right.  The narratives which do imagine happy futures are fraying at the edges.  Indeed, our old utopias are not only increasingly untenable, many have become downright toxic.  The task, then, for those who find themselves among the looms, is to stay, and to seek out the threads which lead to futures, both individual and collective, which offer more than mere survival.

As is clear from the events of this year, our old legends are dying.  Not only are grand narratives losing power, but artists of mythic potency are departing in droves. With their death, it becomes the responsibility of the living to step into their mythic shoes.  If we do not, we cede that tremendous and vital power to the dead, and to the past.  Though we must bury heroes, we must not inter magic.  Their departure is a promethean call to the living— to become the equal of our ideals, the peers of our heroes.  Love the greatness which shone within them, but also love the greatness growing inside you, and watch the legends beginning to flower in the people around you. 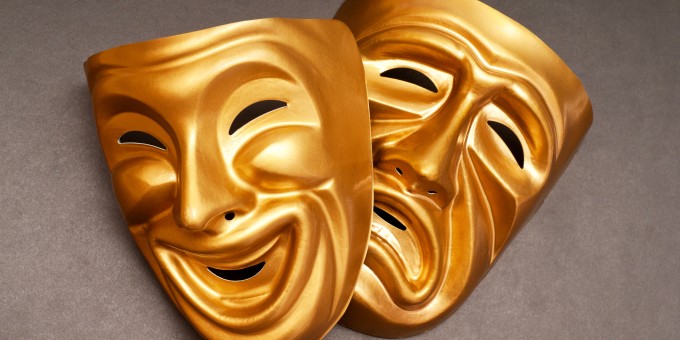