In the third face of Leo, which the Sun enters on August 12th, appears a figure sitting on a carved throne.  Above them, emblazoned with proud sigils, flies an immense banner.  Looking more closely at the one sitting on the throne, a variety of faces flash by.  Accounts vary as to their visage.  In the past, some saw a crude man, his mouth full of meat and delicacies gripped tight in his fist.  Others, such as Agrippa, saw a man young and cruel, with a whip in his hand.  Yet another account, found in the Yavanjataka, portrays a cunning and intelligent woman seated atop a throne of ivory, contemplating the murder of her enemies.  Above them all flies the banner of their house, their principle, their allegiance.

It is a martial decan, ruled by Mars in one system and Mars in the other, and it signifies contest and sovereignty challenged.  A ruler embattled, their throne unsteady.  Yet the reasons why are unclear.  Is this karma having ripened?  Did the ruler, in their strength, abuse the people?  Or is it evil rising up against the righteous?  This face shines down on just and unjust alike, rattling thrones and testing the sovereignty of spirit over matter.

Regardless who the one on the throne is, and irrespective of their righteousness, an army assembles before them, marshalled by a crocodile-headed general, whose name may or may not be Sobek. The troops are ragged, their stores depleted.  No advantage of strength of arms or numbers is theirs.  Their condition is reflected in the RWS Tarot card attributed to this decan, which depicts a man embattled and struggling against an onslaught of batons.  If he, and they, would prevail this day, it must be a triumph of courage and spirit, for they have no material advantage to lean upon.  Yet it is possible, for as Napoleon said, “There are only two forces in the world, the sword and the spirit. In the long run the sword will always be conquered by the spirit.”  Yet how does one summon spirit?  How does one conjure esprit de corps?

The invisible can only be evoked by means of the visible.  The projection of a symbol which inflames the heart.  A flag, a banner.  Here is the power of heraldry, the strength of a name, the might of a family crest.  Such symbols always return to the primordial language of animals, colors and the declaration of allegiance to principle.  It is through these symbol sets, whether they are collective or individual, that we rally courage at daunted moments and discover in times of stress that there is indeed steel within us.

This year, the crocodile headed marshal rides a horse on to battlefields both personal and collective.  He holds aloft a banner with the emblem of a solar eclipse upon it.  He waves it powerfully but lazily, and as he does so, the Sun disappears from the day-time sky.  At totality, it looks as if some strange god had replaced the Sun with a great obsidian mirror.  Forms and colors twist and whirl on the surface of that mirror, obscure but seemingly rich with meaning.  These visions coalesce into faces, which then rain down on the field below as grand multitude of stylized theatre masks.

The much-discussed Great American Eclipse occurs within this decan, on August 21st.  While this grand absence above dominates the sky, a retrograde Mercury plies the tunnels beneath the field of contest, burrowing through reams of buried data, searching out secrets to clarify the confusing situation above.  It is these two configurations which define the Sun’s 10 days in the third decan of Leo.

Mercury stations retrograde on the first day of the decan, Saturday, August 12th, at 11 Virgo.  The swift planet will continue backwards through our sky until September 5th, when it stations direct at 28 Leo, the same degree in which the Solar eclipse occurs.

This retrograde partakes of all the features common to Mercury retrogrades.  Expect the same closed roads, lost phones, unexpected messages and delayed decision-making as per usual.  But in addition to these common features, this retrograde has its own unique qualities, owing to the fact that Mercury’s retrograde station in Virgo is just shy of perfect opposition with Neptune in Pisces.  Mercury is ever the clarifier, and plays that role to the hilt when within Virgo, the sign which it both rules and is said to be exalted within.  Neptune, on the other hand, is infamous for muddying the waters and blurring the edges, making distinctions hard to draw.  Like Mercury, Neptune is also in a sign which lends it exceptional strength— Pisces.  This suggests that this part of Mercury’s cycle has a particular emphasis on clarifying the various illusions, half-truths and visions which emanate from Neptune.

This retrograde thus sees scalpel-wielding Mercury attempting to cut through the bullshit, the blade of Occam’s razor bare and flashing.  Though there are indeed some delusions which need to be cut down to size, it is important when wielding such a sword not to slice at dreams indiscriminately.  That eclipse season and Mercury’s retrograde overlap is significant, but it is even more significant that the degree of Mercury’s direct station in September takes place the same degree in which the Solar eclipse is to occur.  This ties the two phenomena together more tightly, as eclipse degrees remain sensitive or “hot” until the next set of eclipses arrives.  Yet the connection may be not clear for some time, as it will take a pair of weeks for the Sun and Mercury’s trajectories to converge.

A total solar eclipse, dubbed “The Great American Eclipse” takes place at 28 Leo on August 21st.  Though much hyperbole has come to surround it, there are indeed several facts which make this eclipse particularly relevant to the United States.  The first, of course, being that the totality of the eclipse will occur entirely over the continental United States.  Though eclipses occur every 6 months, there has not been one so visible in the United States since 1918.

The second factor which links this eclipse to the United States, in particular, is the matter of the sign in which the eclipse takes place— Leo.  The eclipse cycle sees solar and lunar occultations occur in an 18.6 year cycle.  The United States came into during the same portion of this cycle, we are now in, when eclipses occur in Leo and Aquarius.  Therefore this eclipse, as well as the others within this series, activate a core chart-pattern for the United States concerning leadership.  In particular, crises of leadership. The two previous installments of in this eclipse series, for example, coincided with the impeachment of Bill Clinton and the attempted assassination of Ronald Reagan.

It is important to note that these events are signified by 18 monthish series of eclipses in a given pair of signs.  Although the total solar eclipse which occurs on the 21st is the most dramatic member of the Leo-Aquarius series this time, there are 4 more eclipses due to land in this pair of signs over the next year and a half.

The third reason which points this eclipse particularly toward the United States is that it occurs very close to the Ascendant and Mars of its current president, Donald Trump.  This is similar, though not identical, to the solar eclipse at 28 Leo on August 21st, 1998, which was tightly conjunct the Sun of the president at the time, Bill Clinton.

Such a collection of factors makes it difficult not to speculate wildly as to what the actual sequence of events will be, but we must remember a few things when considering the eclipse as portent for the United States.  First, although important events do often occur on the day of or in the days surrounding an eclipse, in many cases the significance of those events is not clear until much later.  Second, eclipses are indeed harbingers of change, but according to traditional methods, the shift promised may take up to 6 months to arrive.  To use Bill Clinton as an example, though the eclipse was atop his natal Sun, the actual vote to impeach him did not occur until almost 4 months later, in December.  Third, in so far as we are speculating about what the eclipse signifies for the United States, we must remember that the current president is not the United States— they are at best an important but temporary component.  The crisis of leadership in the United States has been years in the making, and will not be resolved by either the current president’s departure or continuation

As fascinating and/or repulsive as the collective implications may be, this eclipse also has important things to say about the individual lives.  This eclipse, in particular, suggests significant shifts of identity.  The dragon which devours the Sun and the Moon is also the dragon which, like a snake, sheds its skin to begin anew.  Individual scales fall from the sky, and upon inspection are found to be a million theatre masks.  So too do masks falls from faces, prompting their owners seek mirrors, only to find the primal void, the black mirror from which identity emerges and to which it returns.  If you catch such a glimpse of yourself, fear not.  Instead remember that only an immense emptiness, a huge open-ness, such as this could possibly contain all of your permutations.  If it has come to trade one mask or costume for another, then so be it.  You have taken on and shed skin many times before, and with each transformation emerged renewed.  For you are a being whole and complete, with a gallery of masks that encompass every possible expression. 10,001 skins are necessary to cover your entire expanse, for your variations are a world unto themselves.  So wander the immensity of your wardrobe, and let yourself be costumed properly for whatever drama, comedy or adventure comes next. 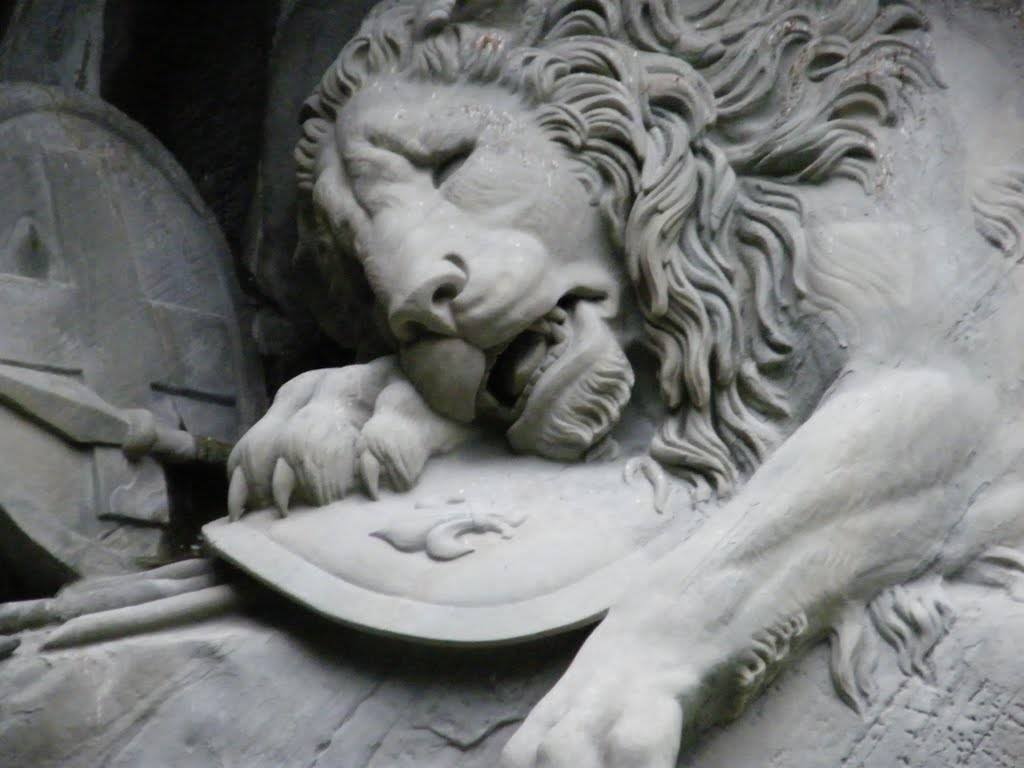 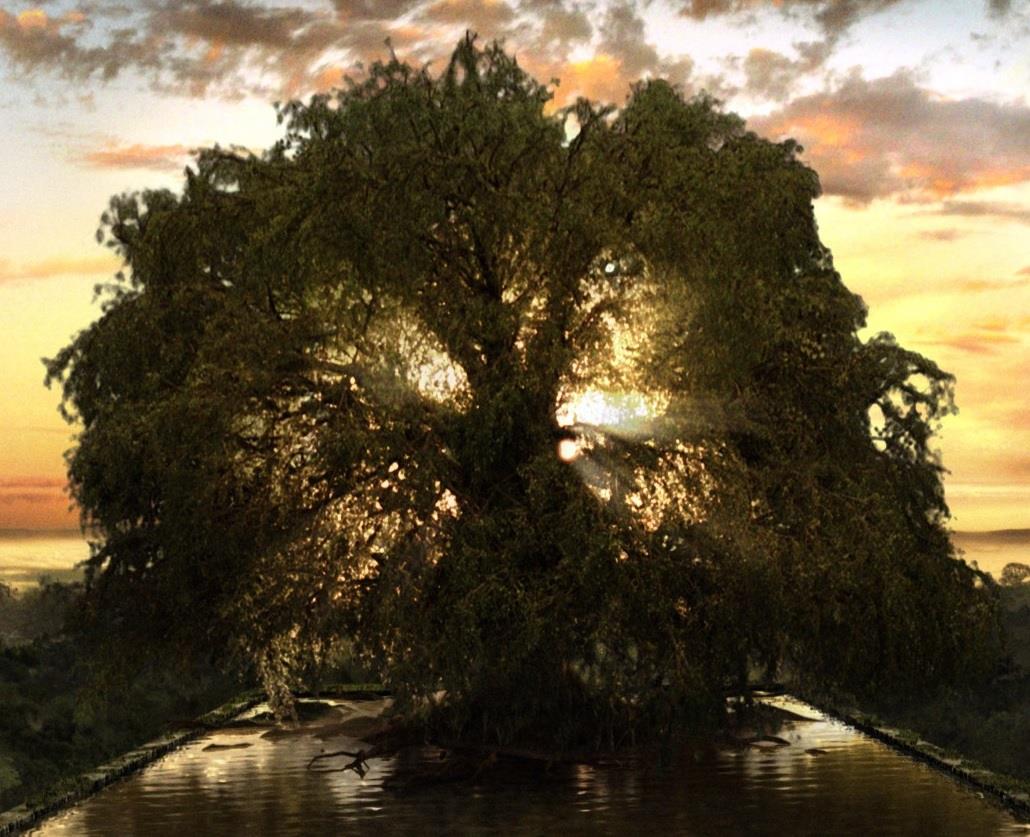