The following is an excerpt from my 2012 Astrological Almanac.

Neptune entered Pisces in 2012 and will remain in the marine sign until 2025, making it one of the defining energies of the next decade.   Therefore it is worth your time and mine to spend a second getting to know the old king of dreams in his brand new suit.

In Pisces, all of Neptune’s associations are amplified.   Dreams, delusions, magic, mysticism and madness all get a boost.   Yet it is important that we do not chase every manifestation of Neptune’s power, but instead seek the root.  That root may be best expressed by the Sanskrit phrase “Maya Shakti” which translates, roughly, to “the power to create reality/illusion.”  “Maya” actually refers to both reality and illusion, therefore the “illusion of reality.”

Our reality/illusion is something we have all played a part in creating.  Our wishes do not go unheard.  But as tales of genii and lamps remind us, the fulfillment of wishes often comes with unintended consequences.  We may long for great wealth, but when we attain it we may find that it complicates our personal relationships and interferes with our dharm 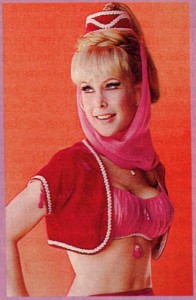 a in ways we did not imagine. Such is the nature of wishes, genii and lamps.

For all practical intents and purposes, Neptune in Pisces puts this genii-filled lamp – this power to dream reality/illusion – in our hands, or rather minds, whether we recognize it or not.  As a result, Neptune in Pisces amplifies our collective and individual ability to blow reality bubbles.  Desires, wishes and fantasies coalesce in nacreous layers, generating little seed realities.  Bubbles, however, tend to pop.  Here we see Neptune’s retrograde motion through Pisces, where the snow-globe realities we’ve been incubating lose their protective coating and are exposed to the contrary conditions of the rest of reality.  These periods will test our dream’s ability to become part of the collective reality and reveal the consequences of getting what we ask for.

Like the story of the genie in the lamp, Neptune’s gift of Maya Shakti is both a blessing and a test.  It is one thing to wish vainly, but when one’s wishes are sure to manifest, one’s wisdom (or lack thereof) is revealed starkly.  Neptune’s next 13 years in Pisces places the magical lamp into the hands of humanity, lending us the possibility of bringing new dreams into existence.  Let us wish and dream wisely.

Yet how does one wish, dream or do anything wisely?  A good place to begin is with a review of past experience.  No one living today was alive for  Neptune’s previous run through Pisces (1848-1862), but a brief review of that period and comparison with the unfolding present may prove useful for navigating the mind-sea this time… 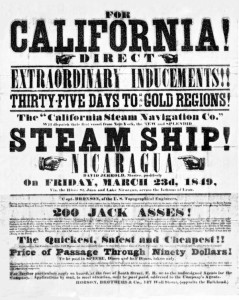 Neptune entered Pisces in 1848, and accordingly, the dream of gold emerged in California, kicking off the great push West in the US.  The dream of gleaming wealth was not confined to California, though.  1848-1862 saw unprecedented discovery of precious metals in many places.  Gold was found in other parts of the US, Australia and South Africa.  In fact, so much gold was discovered that by the time it was excavated, it multiplied the world supply of gold by more than a 100 times.   These gold strikes triggered massive waves of immigration and relocation, as huge numbers of people traveled thousands of miles for the dream of wealth. The dissolution of boundaries is at the core of Neptune’s symbolism, and the geographical boundaries the gold-seeking immigrants crossed is a quintessential example of metaphor made historical flesh.  gold-seeking immigrants

While the 1850’s saw people traveling across the world seeking gold, the twenty-teens see people traveling across the world seeking dreams of their own.  People have never been so free to change residences, nor so incentivized by the fickle flows of global capital.  In regard to gold, it is doubtful we’ll discover massive new stores, though it would not be surprising if vast resources of another type were uncovered.   It would be fitting if it were oil, as oil is the key commodity right now, just as gold was in the 1850’s.  It is the resource that powers the dream of the present.

The gleaming spectre of wealth was not the only one that Neptune’s ingress summoned – spiritualism, the practice of contacting the spirits of the dead during seances, is officially dated by many to have begun in 1848, the year of Neptune’s ingress into Pisces.  A true cultural phenomenon, respectable households all over the US and Europe were spending pleasant evenings trying to speak with the dead.   The alternative spiritualist movement laid the foundation for the occult renaissance of the late 19th century and also seeded what was to become 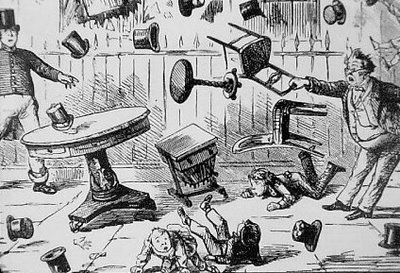 During the 1850′s church attendance in new, distinctly American forms of Christianity also rose dramatically.  Denominations proliferated.  Many historians consider this period to be the one in which the US made the spiritual traditions it had inherited its own.

Today, alternative religions and spiritualities of all colors are on the rise.  Ghost shows are all over the television, with multiple networks competing to field the best spooky footage.   There are Mormons running for president of the United States, the Pagans are restless and Occultism in the West is approaching a new renaissance.    Things appear to be on schedule.   Neptune’s time in Pisces will no doubt see a variety of “alternative” spiritualities get a seat at the table of faiths, with decisive breakthroughs coming while Saturn is in Scorpio (Fall 2012-Fall 2015). 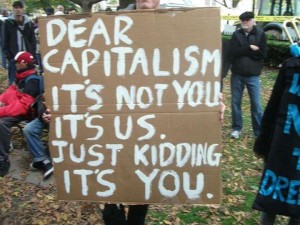 The dream of a society of true justice and equality swept the world last time Neptune went though Pisces.  It was during the 1850’s that the Abolitionist movement gained power in American politics.  Meanwhile, in Europe, 1849 saw a wave of communist revolutions hit, with millions of people fighting for the dream of a classless society.  Further East, China experienced one of the most intense civil wars ever fought – the Tai Ping Rebellion.  This conflict, which began in 1851, was a widescale revolution that advocated the abolition of private property, the creation of a classless society and equal rights for women.

Today, many of the same sentiments are beginning to percolate.  2011 saw a huge upswing in resistance to global capitalism.  Although the Occupy movement includes a collection of different agendas, anti-capitalist sentiment is prominent among them.  Perhaps Marx was not dead, but dreaming.  Meanwhile, women’s rights are an increasingly pressing issue in many middle eastern nations, and while 1850s America had slavery as its social issue, the US now has gay marriage.

Neptune’s province is the generation, manifestation and dissolution of dreams.  As such, Neptune has a special relationship to movies, video games and the internet – topics that have no precedent in 19th century history.  These imaginary worlds will bloom under the auspices of Neptune in Pisces.  Look for increasing immersion in artificial realities of all sorts during Neptune’s time in Pisces.

Yet Neptune does not operate in a void,  for while it is in Pisces, the other blue planet will interface meaningfully with the ongoing conflict between Pluto and Uranus (See Focus: The Uranus-Pluto Squares). Pluto in Capricorn asks that all bow to the coercive, globalizing torrent of capital, while Uranus in Aries rages and demonstrates in an attempt to maintain freedom and independence.  But Neptune plays a different role.  Configured to Pluto in Capricorn by a sign based sextile for the next 12 years, there is a harmony between the actions of these two bodies.  While Pluto pushes all to participate in a single global system for economic reasons, Neptune in Pisces likes this, not because its energy is about global systemization, but because the large scale reorganization of power that Pluto in Cap pushes is conducive to the wild mixing and blending of cultures and ideas that Neptune in Pisces is all about.

The situation at hand can be meaningfully paralleled to the Mediterranean world of 334 BC.  Alexander The Great  stormed out of Macedonia, conquered Greece, conquered Egypt, conquered the great Persian Empire and even conquered some of the Western-most lands of India.  This festival of conquest connected the Greek, Egyptian and Mesopotamian cultural spheres, which over time, led to a great ferment in virtually every art and science.  This phase, called the Hellenistic period, left a high water mark for human thought that would not be reached again in the West until the Renaissance, more than a millennia and a half later.

Yet what Alexander today stands poised to conquer and connect the known world?  The answer is no individual, but a chariot carrying two great and terrible riders.  One of these dark riders is the raw power of Capital.  With the collapse of Soviet Communism and the entry of China into the global marketplace, nothing stands in the way of Capital and the systems of human organization it imposes.  The other rider in this juggernaut is the Internet.  Like Capital, the Internet is an irresistible global force, transforming culture, human relations, business, art and everything else it touches.  Together, Capital and the Internet are the early 21st century’s Alexander, conquering and connecting.  Yet these conquerors leave in their wake the seeds of a global Hellenism.  Wait for it. 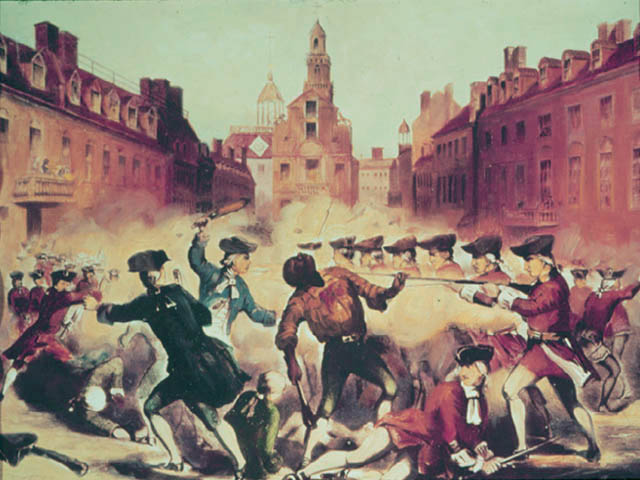 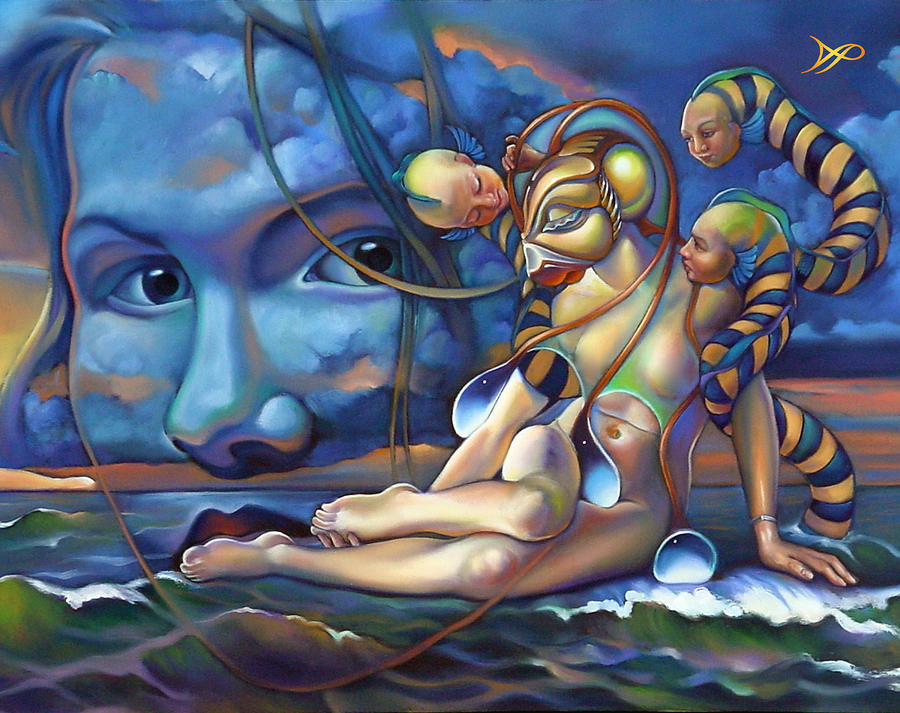