The Sun rises in the third and final decan of Sagittarius for the first time this year on December 12th. Traditions provides us with difficult images for this set of ten degrees.

Exhausted, a man trudges through the 10 of Wands, his mind stretched between his burden and his destination. He is Frodo alone, climbing up Mt. Doom’s steep slope. It must be done. A different figure, wearing a golden cap, slays a man. He’s come too far to stop now. Finally, another rides a horse until it collapses. The message must be delivered. Lives depend on it.

As I wrote of this decan in 36 Faces: “It is unsurprising that we find Saturn named ruler of this face in most texts. The slow planet’s power brings limitations to the surface, and heaps obligations on those who its rays fall upon. Yet other texts call the Sun the ruler of this decan, for rays of will shine fiercely here.”

A primordial goddess, Necessity, here holds sway. When we look back, we see her behind us, hot on our heels like a wolf, red-eyed and baleful. Yet she also beckons from just over the next hill, glowing gold and warm, her arms wide to congratulate and embrace. We just have to get there.

These images appropriately appear in the 10 days before the December solstice, being the end of a season, and almost the year. Yet there is more to it this time, as 2017’s final decan of Sagittarius holds within it Saturn’s final days in the Archer’s sign. The leaden planet has been in Sagittarius since 2015, but moves into Capricorn on the 19th. With Saturn’s transition, we enter a long winter — one which will last through the end of the decade. We make the transition from one three year Saturn season to another.

Thus, we are now at a transitional point, the Janus-faced juncture between one time and another. One face looks forward in anticipation and fear, the other looks back, seeking wisdom into what has already occurred. The planets’ alignments facilitate this. Mercury and the Sun conjoin in the final decan of Sagittarius on the 12th, focusing thoughts on how we got here, and the New Moon in Sagittarius on the 17th is closely conjunct Saturn in Sagittarius, opening the skies for contemplation on Saturn’s last days in the sign.

So we come to the end of Saturn’s time in Sagittarius. How did you fair on its frantic, exhausting obstacle course? What battles did you fight? What bridges did you burn, and which did you cross? What wands did you manage to acquire and carry through the last 3 years?

The coming season doesn’t need wands and arrows, it needs firewood. It doesn’t need fiery spectacle, it needs a hearth. Maybe they aren’t wands you’re carrying, but logs, wood for the winter. They hide the promise of fire within them, each one a quiet, portable increment of Summer light.

It is a long winter we’re due for, and like any slow thing, it will come on slow, as well. It may take much of 2018 for folks to notice the snow falling, the winds shifting. But if you pause for a second, you can smell it in the air, you can hear the silence coming. There’s still time to stock the cabin, and make sure the livestock are fed and warm.

Mercury Conjunct The Sun: An Arrow of Light

On December 12th, retrograde Mercury and the Sun conjoin at 21 degrees Sagittarius. Here, with Mercury between the Sun and the Earth, the swift planet acts as a magnifying glass for the solar light, allowing that radiance to penetrate deep into the details of ongoing matters. This moment is the dead-center of Mercury’s retrograde, and provides an opportunity for piercing clarity. Do not merely look at problems, look through them — see what lies beyond. This conjunction is not necessarily an auspicious time for action, but it is an excellent one for contemplation and conversation.

A few days after union with the Sun, on the 15th, retrograde Mercury conjoins Venus in Sagittarius, bringing the heart and mind together for a brief conference. This conjunctio helps bring emotional coherence to the reconfigurations which Mercury’s retrograde has called for. It also provides a nice, albeit temporary, boost to creative work.

The New Moon in Sagittarius: Here We Are

The New Moon in Sagittarius brings the lunar cycle to an end on December 17th. This lunation sees the Sun and Moon align right next to Saturn in Sagittarius, only days before the slow planet makes its micro-epochal ingress into Capricorn. The New Moon is always a night best suited to contemplation, but this one is doubly so. It has a quiet and serious ambiance, perfect for reflection on just how far you’ve come and what you’ve endured since Saturn entered Sagittarius 3 years ago.

On December 19th, Saturn enters Capricorn, the sign in which it will spend the rest of the decade. Cold, heavy and austere, Saturn in Capricorn builds mighty fortifications, comes down hard on the unrepentant, and teaches of secrets thought lost to dusty tombs. Look for an extended article on Saturn in Capricorn to arrive as the slow planet steps into the Goat’s sign. 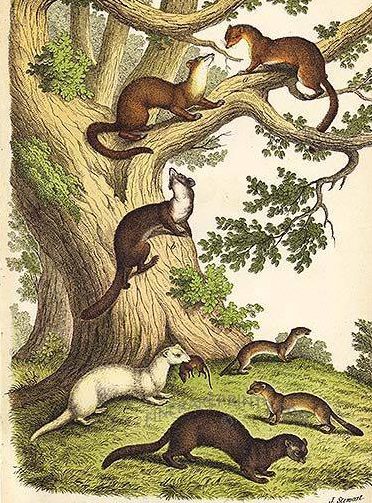