The still-new Moon waxes slowly across the week, incrementally increasing the tempo.  There is a steady build, but the real intensity lies some weeks out from here.  The Sun currently walks the last degrees of Libra.  It will finish them this week, entering Scorpio to join newly enthroned Saturn next.  For now, though, it traverses Libra, looking across the mix of affairs in progress with an eye toward stabilizing what is already in motion.  A lovely Mercury-Venus sextile adorns the early week, facilitating communication between the left and right hemispheres.   Yet while Venus is sextiled by Mercury, Venus finds herself squaring a retrograde Jupiter in Gemini, drafted into the process of cutting down overgrown plans.

The Turbine Does Not Fight the Current

The Sun strolls the last degrees of Libra this week, shining its fading light on a variety of compromises needing to be made and balances asking to be struck.  Some stories are so far along they couldn’t possibly be altered, while others are just beginning.  There isn’t room to alter the course of what’s in motion, but there is an opportunity to make peace with the currents your little canoe is carried by as well as to stabilize your small craft.

We generally consider the Will to be an active, heroic thing.  We imagine the Will imposing itself upon a plastic re 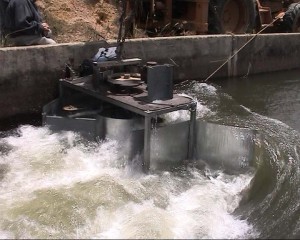 ality.   However, as experience shows, this Jehovah act is rather limited in practice.  There are, however, other conceptions of Will, such as that found in Traditional Chinese Medicine.  In this system, Will is split into Yin and Yang components.  Our Yang, or active, Will is very similar to the heroic Will much venerated by the Moderns.  Yin, or passive, Will is a little bit different.  It is the strength we gain from accepting what is,drafting off of currents larger than us.  We tack our sails correctly and the wind carries us a long.  How slowly we would move if we tried to use our own lungs!

In the individuality obsessed Modern world, this is often seen as some kind of defeat, or failure.  The concept of Yin Will is there, but in the shadowed corners, such as in the tenants of Alcoholics Anonymous as well as in certain mystical strains of Christianity.  Submission to a greater Will.  But that greater Will is not angry father, it is simply the Tao, silent and utterly invincible. A force too powerful to control is, by definition, a mighty one. The river can power our waterwheels and push our little boats along.  Working with the current, we save our fight for contests we can win. Let the strong hands of Fortune, Fate and Necessity push you along.  You have merely to steer and stabilize. 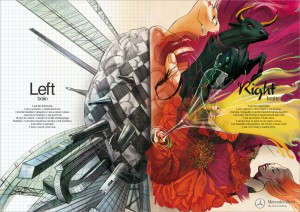 Mercury sextiles Venus early in the week, creating a fleeting bridge between the mouth and the heart.  This connection continues for a few days, helping us sort the ideas and emotions that Saturn’s recent ingress into Scorpio has stirred up.  Weird, dark truths have been working their way to the surface, along with the fears that kept them bound.  There’s a lot to learn- it will literally take years.  However, the Mercury-Venus sextile is a chance to establish equilibrium with what’s already reared its head.

Venus’ square to Jupiter brings out attention to a variety of opportunities and tasks. It pings our desire to not only make good on them, but to bring each one to utter perfection.  This vision of the good is easily fragmented by the multiplicity of things in play.  There are compromises  to make here, as well, choices to make between quantity and quality, what is desirable and what is possible.

Next week the Sun enters Scorpio and our small craft will cross the event horizon.  There are adventures to be had in that space, but not the kind a person can know in advance. What this week offers us is a chance to reconcile ourselves with the current leading us onward, an opportunity to get our craft and its inhabitants ready for a weird journey.