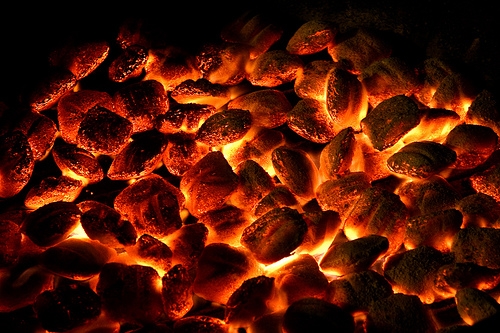 This week we traverse the 4th quarter of the Lunar cycle, waning toward the new Moon on May 2nd.  As she fades to invisibility, Luna looks over what has transpired during a confusing April with an eye towards the action of the next month.  The Sun has left Aries for Taurus, but Venus replaced him swiftly, keeping the total of planets in Aries at a solid 5.  But Mercury, retrograde since the end of March, is now direct.  With Mercury Direct, communications begin moving in the right direction, though they still bear the serious weight of Mercury’s opposition to Saturn in Libra.

This slow week folds the wild energies and crazy events of the month into its satchel, storing them, like seeds, to be planted on May 2nd’s New Moon.

The early week sees a somewhat challenging emotional atmosphere, with Venus in Aries squaring Pluto in Capricorn on Tuesday.  The Sun in Taurus trines Pluto in Cap the following day.  Venus’ square to Pluto brings up some suppressed feelings, and may correlate to a generally bad mood for the sensitive, but it’s quickly over.  The Sun in Taurus’ trine to Pluto in Capricorn on Wednesday throws a subtle blacklight on the evolutionary undercurrents, perhaps helping to sort out thoughts and feelings that emerged in early in the week.  Of course, if you don’t pay attention to what’s going on inside you, or give a shit about personal and collective evolution, then none of that matters.  Feel free to ignore things until they blow up.

The Time of Dragons

The unleashed energies of the last month and a half have roared and raged through the Middle East, North Africa, China, Japan and many people’s personal lives.  These energies, collectively, can be see through the symbol of dragons- embodiments of the raw elements unbound, behaving with only instinctual power.  These dragons are both personal as well as the mighty leviathans of discontent writhing about on the world stage. 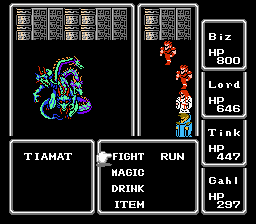 Mythopoetically, dragons are chaos-totems- energy with force but as yet unbound to structure.   But as order disintegrates into chaos, chaos condenses into order.  The creator of order  must slay the chaos dragon and turn its body into new order.  This particulary mytheme is seen most clearly in the Babylonian creation story, where Tiamat, the Chaos-Mother-Dragon, is slain by Marduk the Order-King, and her fallen body becomes the field of Time and Space itself.

This particular motif is repeated in a vast number of world-myths, but the one that interests me most, as a representative of the dynamic currently playing out is the story of Cadmus, legendary founder of the Greek city of Thebes. I’ll (literally) make a long story short. 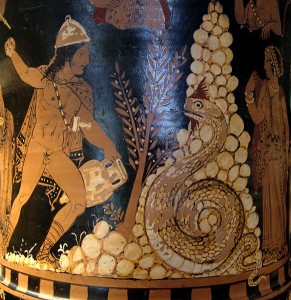 Cadmus is an enterprising young hero, ready to found a city at the behest of Athena, goddess of order and other things.  But he has to sacrifice a very special cow at a very special spring to get the city-creating juju going.  This well is guarded by a dragon, though, and Cadmus has to indulge in the hero-cliche of dragon-slaying.  So he does.  As he stands triumphant on the body of the chaos-beast, Athena tells him to extract the dragon’s teeth and then plant them in the ground.  After this bit of post-mortem dragon dentistry, Cadmus plants the dragon’s teeth in the ground.  Immediately, warriors erupt from the ground where the dragon’s teeth were sown.  These ground-born soldiers begin fighting amongst themselves, and duke it out until only 5 remain.  These 5 end up being loyal servants of Cadmus and assist in the work of founding Thebes.  Bam.  Chaos -> Order, pre-classical Greek style. 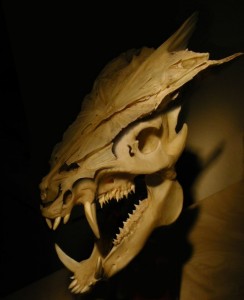 Many come to the end of this lunar cycle with a number of old towers broken and burning.  Whether you were in a relationship and are now single, lived in a home and are now a drifter, or whether it was more internal or peripheral, the question is the same- what do you do with your new freedom?  Chaos enables freedom, but the freedom to create always means giving birth to order.   But such acts of creation cannot be without the power the dragon contains.  The dead dragon of chaos passes on its potency in its parts, -the dragon’s teeth.  Endowed with the power of their origin, the warriors that erupt from them when planted are anarchic, and do not immediately stand at attention, waiting to obey. One still must bring order to them to become an army (Hexagram 7).

As we wind toward the conclusion of this lunar month, the New Moon in Taurus on May 2nd, we gather up the cooling dragon’s teeth from this month’s astral inferno. The question is where we will plant our Army, and how we will turn raw strength into an Emperor’s legion.  Remember, it is not individuals alone who face this decision- right now China wonders what to do about its epidemic of dissent, Libyans stare at a revolution in process, and more.  The dragons unleashed will not stay liquid, chaotic.  They will cool into seeds that will sprout forces for and against.

Where will you sow your dragon’s teeth? 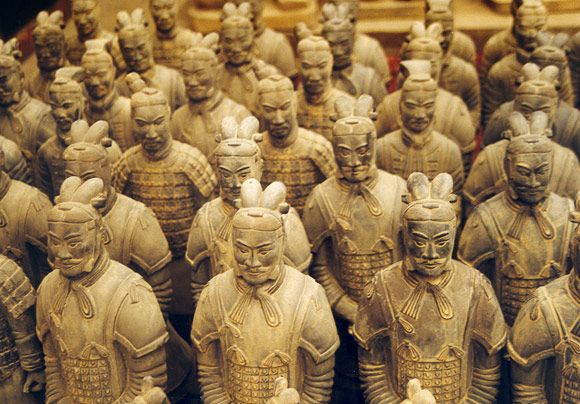 This week hands you a set of dragon’s teeth to sow in the soil of your life.  Take the lessons you’ve been handed about the demands of relationships vs. the power you’re discovering within yourself and plant them in the fertile soil of your interactions with people.

The chaos whirling in your subconscious slowly coalesces into lava and that lava cools into a set of dragon’s teeth, a portable army for you to sow.  For you, these instant soldiers are the vital, aggressive energies of your psyche itself, made conscious by the intensity of the last month.  Plant that army in the soil of your subconscious- mobilizing yourself toward radical empowerment, independence and sovereignty.

The chaotic energy that has bloomed in your social life condenses into a set of dragon’s teeth- seeds of power.  These seeds will bloom as connections, contacts and friendships.  Let those you know be your army.

Uncertain but vital energy twisting about your professional life condenses into a handful of firey seeds- dragon’s teeth to plant in the soil of your career.  Nurture the hot little acorns until you’ve got a little army of ideas to get you to where you want to be.

The last month has seen paths toward possible futures twisting in flames over the last month.  As we traverse the 4th quarter of the lunar cycle, these paths condense into a number of seeds.  Plant them, and watch possible directions fight amongst each other until the way forward becomes clear.

The firey energy surrounding potential alliances and team ups coalesces into a series of small glowing seeds.  These seeds, when planted, will yield a small host of prospective allies.  Let their various advantages and disadvantages fight it out in your mind until only the finest choices remain.

The energy swirling through your significant relationships coalesces slowly into dragon’s teeth- as you sow these in the soil of your life,  new ways of approaching relationships emerge.  Test out the multitude of methods for improving your approach to interactions to wittle down their number.

The chaos that has engulfed the practical aspects of your life coalesces into a few glowing embers, the seeds of new habits.  The upcoming New Moon is an excellent time to begin experiementing with new workout routines, diets and budgets.  Test out the new disciplines which compel you.

The last month’s chaotic bloom of creative energy cools into a few firey seeds, embers in the shape of dragon’s teeth.  Plant these toy soldiers carefully and you’ll have a rowdy horde of ideas.  Let’em fight it out in your head until you’ve got a disciplined creative force.

The chaotic swirl of lava you’ve called home for the last month begins to harden.  Beneath your feet, little soldiers sprout up and ask you what your bidding is.  Its time to begin considering how you’ll leverage the advantages inherent to your living situation to your benefit.

This last month’s chaotic swirl of fleeting errands, energies and events coalesces into a few useful ideas, seeds.  The tricks and techniques that spring from these seeds will be your rag tag band of soldiers for the next phase.

As the last month’s fire dies down, you’ll find a few dragon’s teeth amongst the embers.  Plant these and watch the warriors emerge.  Then send those mother-tuckers out to make you some damn money.  You’ve got the ideas, you just need the execution. 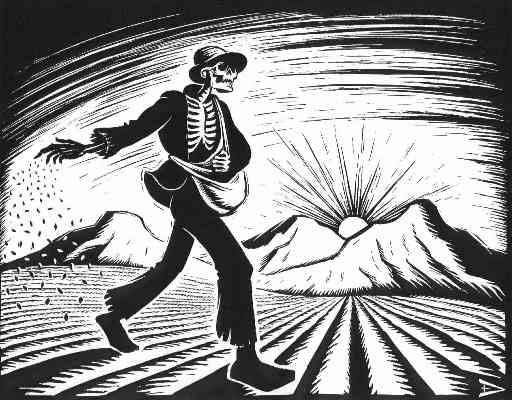