This potentially dramatic week sees the Moon wax her way toward a Full finale this Saturday.  But first,  Venus in Leo squares Mars in Scorpio on Wednesday, triggering relationship tensions throughout the middle of the week.  This contentious configuration is offset a bit by Mercury in Libra’s even minded and pleasant trine to Jupiter in Gemini, which occurs on the same day.   Still,  Saturday’s Full Moon in Aries straddles the Uranus-Pluto square, creating a volatile T-square which echoes the emotional tensions brought up by the Venus-Mars square.

Both the Venus-Mars square and the Full Moon in Aries are ultimately about clarifying relationships.  This is reinforced by Saturn in Libra, who in his last days in Libra, is handing out final lessons and tests regarding agreements, expectations, and boundaries.   Beneath the potentially dramatic emotional content is the need to reconcile the need for personal sovereignty with the fact that we exist within a webwork of relationships, and have obligations to those we travel with.

“Man is a tightrope…” 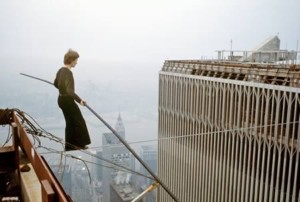 The Sun makes its way through early Libra this week, its light transformed temporarily into a set of scales for us to weigh and measure our priorities, to find the balance and set our pace for the final quarter of 2012.  There is, however, quite a bit on the scales this year.  The Sun spends the week in a T-square with a very square Uranus and Pluto, making the quarterly task of establishing equilibrium considerably more intense.   Real balance is always a tightrope act, but this one crosses an active volcano while the clouds threaten lightning.

I Know You Didn’t Just Say That

On the same day, however, Mercury in Libra trines Jupiter in Gemini.   This aspect invigorates the surrounding days with a more hopeful outlook, good ideas and an ability to talk out problems.   This influence is exactly what we need in order to speak the truth- respectfully. 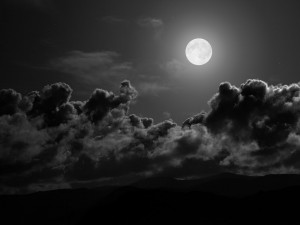 On Saturday the 29th, we’re treated to a dramatic lunation.  The Sun and Moon line up with Uranus and Pluto for a volatile Full Moon in Aries.   This configuration connects the intensely transformative/destructive power of the Uranus-Pluto square with the  Full Moon in Aries’s relationship issues.   This places a great focus and strain on relationships of all sorts, and we would be wise to note the issues raised without getting triggered by the energy of the moment.  With the Uranus-Pluto square bearing directly on this lunation, there are power issues involved here, and a number of people will see the control vs. rebellion dynamic of the largely political Uranus-Pluto squares occurring in their personal lives.  Speaking of politics, this Full Moon is a diplomatic nightmare that will test some alliances 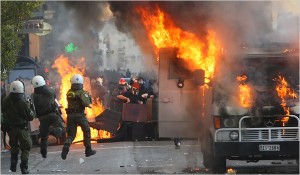 Fundamentally, this Full Moon inflames our desire for personal sovereignty and freedom, to the point that burning bridges might temporarily seem like a good idea.  In a few cases, this will be correct, and the Moon will come as a liberator, but for most of us it is important we recognize the need for greater independence without staging a bloody rebellion.