This week’s dramatic celestial action sets the stage for September.  It begins with Venus’ entrance into Libra on Monday, which is followed by Mercury’s retrograde station in Virgo on Tuesday.  Then, early Thursday morning the solar eclipse opens wide its mouth.  Stepping through it, we enter a tunnel which burrows beneath the soil and stone of September, and from which will not emerge until the month’s almost gone.

Venus enters tropical Libra on Monday, offering a bit of grace during a week of intense configurations.  Venus is strong in Libra, and in the sign of the scales helps to lubricate social mechanics, reconcile hard feelings and restore equilibrium.  So Let Venus steady your balance as you enter the strange portal which Mercury’s retrograde and the Sun’s upcoming eclipse open.

In addition, Venus acts as herald for the bigger, slower benefic Jupiter, who is due to enter the sign of the scales next week, on the 8th of September. Venus’ three and a half weeks thus set the stage for the entrance of the greater benefic, which will occupy Libra for over a year.

Mercury stations retrograde early on Tuesday, August 30th at 29 Virgo.  Throughout the week, Mercury will become harder and harder to see as dips closer and closer to the sunset horizon.  He will then disappear entirely.  The next time we’ll see him will be around the direct station on September 21st, when he begins to visibly rise just before the Sun in the East.

The retrograde station this week takes place right on top of Jupiter, at the end of Virgo.  In fact, Jupiter will play a very special role in Mercury’s retrograde this September.  As I wrote last week:

“Mercury is actually set to make an unusual three conjunctions to Jupiter.  The first occurred on August 22nd, while the second is due to happen September 2nd. The third, however, is not scheduled until October 11th, after Mercury has completed September’s retrograde and Jupiter has entered Libra.  Therefore, as Mercury meets with Venus and Jupiter this weekend, it is to assess the progress we’ve attempted to make since Jupiter entered Virgo last August…Mercury’s upcoming retrograde will be, among other things, the last chance to install the upgrades you’ve been working on, but haven’t yet implemented, over the last year.”

In search of the illusive upgrades and likely outcomes, our way will wind inevitably downwards, our minds a spiral drilling through the facts.  At a certain depth, we break through hard stone into the naturally occurring tunnels and caverns, the natural habitat of the eclipse dragon.   Here we summon our psychopomp, be they named Hermes or otherwise, and propitiate them- not to speak with dead souls, but instead dead books, whose bodies were destroyed by fire, water and time.  We seek the necromantic vision of the Great Library of Alexandria, the ghost library full of lost knowledge and forgotten truths.  This spectral library is not merely filled with the riches of lost Alexandria, but stocked with scrolls from burnt Shaolin and a hundred other biblioclasms.   Rumor has it that in recent years, an addition has been built to encompass terabytes of deleted emails and files lost to hard drive crashes.

The residents of this spectral library are shady scholars and long-dead accountants, who manage and massage the reams of vanished data, occasionally arranging for their reappearance in the world of the living.  If you ask for a particular book, they might help you, or merely lead you deep into a vortex of numbers and letters.

Mercury’s retrograde through Virgo will take many of us down this path, in search of lost or hidden information, for we are all immense libraries of buried truths.  Down the tunnel of confusion, through the winding course of accident and coincidence.  If you find that the trail of data leads you to a strange cave mouth, pack your bags and prepare for a descent into the lost library.

In the early hours of Thursday morning, we’re treated to an annular solar eclipse at 9’ Virgo.  This eclipse is the last one we’ll see in Virgo for almost a decade, but it will certainly leave us something to remember it by.

As the Sun goes dark this week, this Dragon opens its mouth, and as that mouth opens, so does a gate, a wormhole that stretches between the beginning and the end, and connects everything in between.  Yet a gate is not a story, but its beginning.  This wyrm-hole will be our trajectory and river until we pop out the dragon’s other end during the lunar eclipse on September 16th.

The eclipse dragon emanates from the fertile void into the world of time and space.  From creation, it loops back around to the void and there finds its tail.  This dragon is a river by which all things emerge and dissolve.  You might call her Tiamat, or something else.  She is primordial in the sense that she preceded creation, yet all of creation is of her body, and eternally carries it back to the void to start anew.

What do we see while traveling through the light eater?   Time stretches out, and the present opens to encompass future selves as well as experiences from the deep past.  The dragon’s vertebrae are causal links, a karmic chain of bone anchored in the past and reaching forever into the future.  It is a roller coaster ride made from an ancient dragon, rising and falling, dipping in and out of creation on invisible tracks.  Yet like the cars of a passenger train, we can travel forward or backward while remaining on the same track. Passengers from the past and possibilities from our futures may come visit us within our cabin, changing our perspective of the trajectory we’re on, and prompting rearrangements and reconsiderations of who we are and travel with.

The first section of our eclipse ride will see us looking over the contention generated by the Saturn-Neptune square this year.  The two have thoroughly smudged the line between reality and fantasy on both a collective and individual level.  We’ll board the bone dragon in the midst of this debate and head into both the past and future in order to clarify the present.

This dragon-ride will take most of the month, so pace yourself.   For now, content yourself with crossing the threshold and getting situated on the dragon-train.  So settle in, and do check out the library.  There are some real gems there. 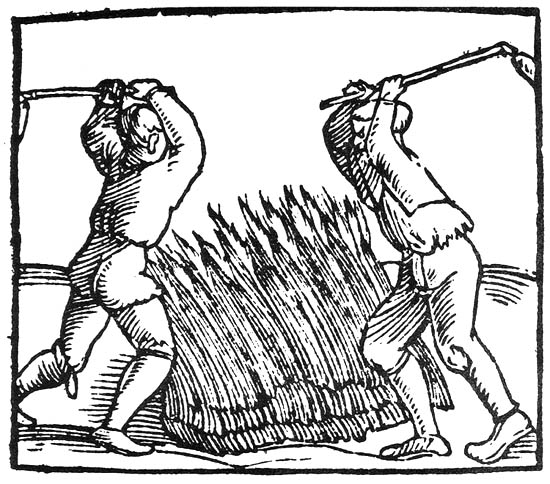