Some say that the stars incline but do not compel. That is at least the case this week, which sees a shocking deficiency of sky-born nightmares.  As the dark clouds begin to disperse, last week’s slender beams of golden light come through more and more clearly. Though the Sun in Aquarius’ stressful square with Mars is still active as the week begins, it is already departing, fading from the aethyrs.  In fact, one of this week’s features is a harmonious trine between the two benefics- Venus and Jupiter, which occurs on Tuesday (11:53 PM PST).  This week also features a productive sextile between Mars and Jupiter on Saturday (2:58 PM PST), and Mercury’s long-delayed entrance into Aquarius, which also takes place on the 13th (2:41 PM PST).

[social_quote duplicate=”yes” align=”default”]This week, which begins with the New Moon in Aquarius (Monday, 6:36 AM PST), and marks the Chinese New Year, breaks the pattern of consistently difficult transits which has so far characterized 2016.[/social_quote] Perhaps, then, it is a good time to break the coping patterns which may have grown up around the year’s rough start.  Though last week’s beam of light may have illuminated new possibilities, this week, new moon and new year all call to make them a reality.

The establishment of good patterns and the unweaving of the bad is, however, a matter of choice.   While hard times demand a response, easier times leave it up to us what we will do with them.  Though this week, and several due to follow, will be provide less celestial resistance, the challenges will indeed return in March.   So take what leisure your soul requires, and labor to get your ship in order so that the next storm does not find you unprepared.

The week begins with Monday’s New Moon in Aquarius.  The monthly conjunction of the Sun and the Moon ends one cycle and begins another anew.  The reunion which begins this week is overseen by a tight square to Mars in Scorpio.  This aspect from intense Mars pressurizes the experimental and hopeful lunation a bit, demanding that the plans laid and seeds sewn answer to the pace the red planet sets and be able to endure the fires he ignites.

Yet this New Moon not only begins the lunar cycle, it also, according to a couple billion people, starts the year again.  This lunation marks Chinese New Year, which is celebrated not only in China, but in a host of other countries. 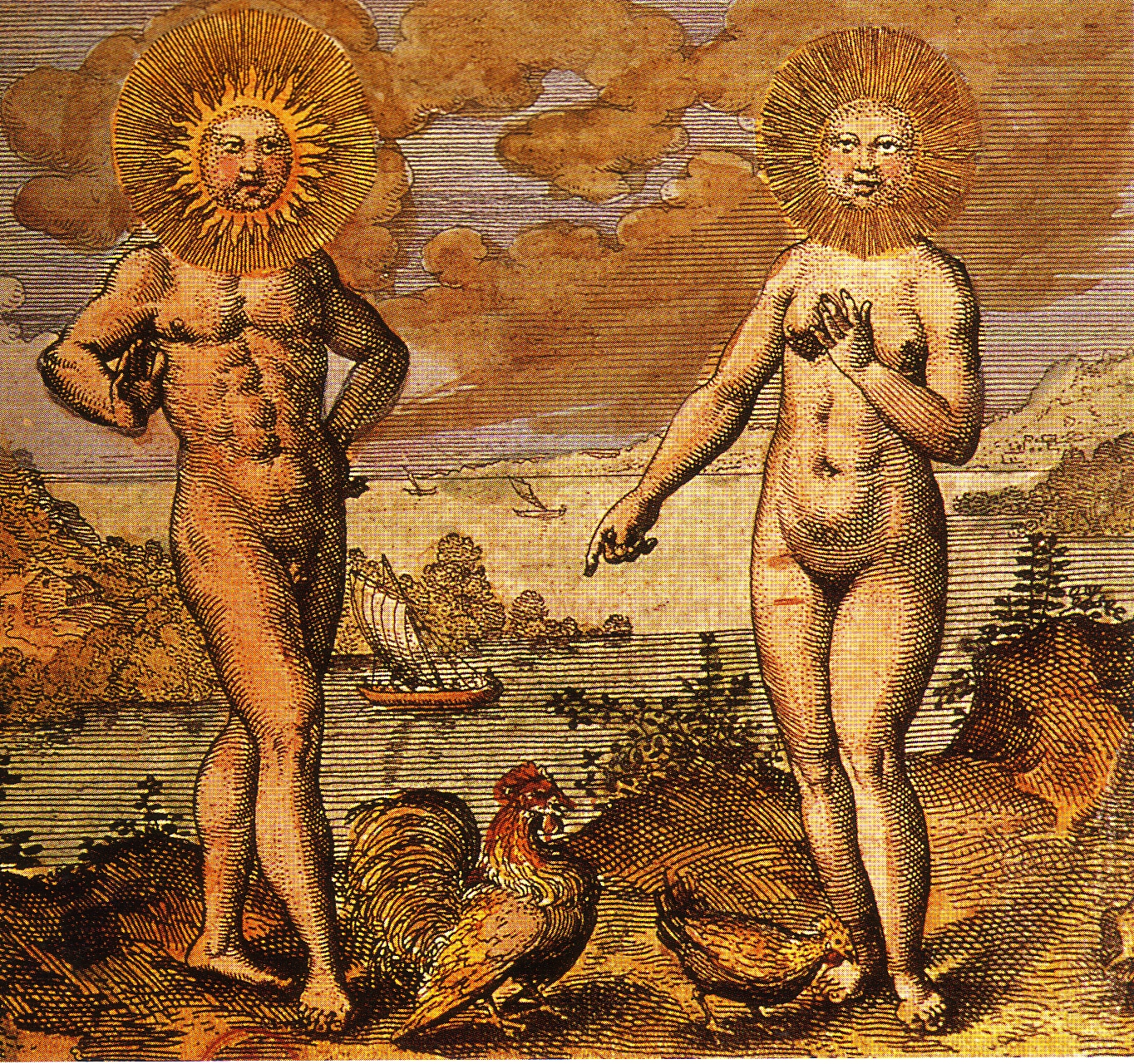 The Gregorian calendar, which sees the year always begin on January 1st, is explicitly solar.  Though the idea and length of months is derived from the visible lunar cycle, our calendar’s months- January, February, etc, have no relationship to the Moon’s actual cycle.

Chinese New Year is sometimes called “Lunar New Year,” but this is not entirely accurate.  The calendar from which Chinese New Year is calculated is more properly called a soli-lunar calendar, as the cycles of both luminaries are considered.  Chinese New Year is marked by the 2nd New Moon after the Winter solstice.  The solstice is a purely solar facet of the reckoning, while the New Moon is, of course, the lunar.  Soli-lunar calendars were the norm, historically, in many cultures, and many Western holidays, most particularly the Moveable Feasts, have their dates determined by both solar and lunar factors.

At first glance, it seems entirely superior to use a calendar which takes into account both solar and lunar factors, as this ties the calendar time more tightly to natural time.  Unfortunately, the lunar and solar cycles do not line up very tightly.  The Sun and the Moon see time differently, and there is thus quite a bit of slippage, which results in the cumbersome necessity of “leap months” in soli-lunar calendars. 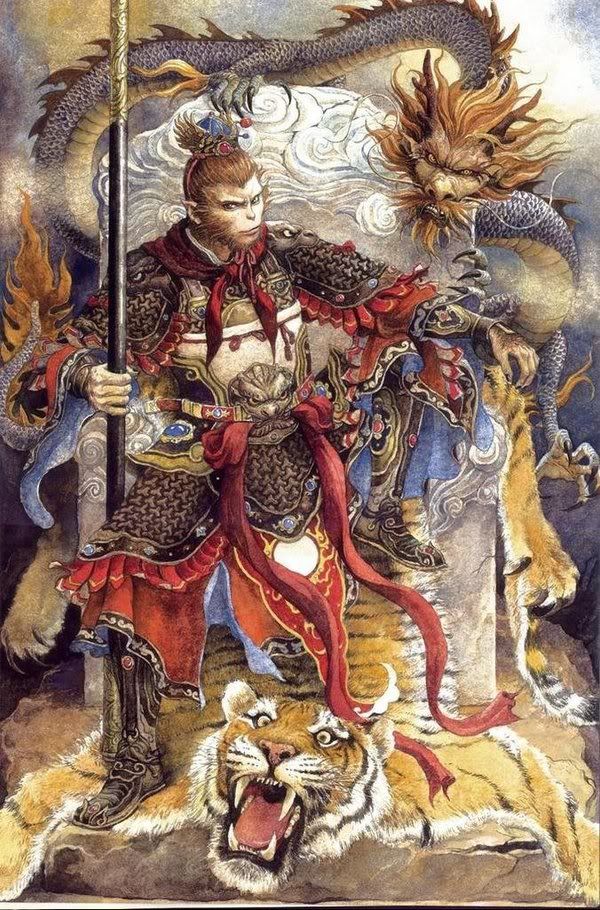 The quality of time in the Chinese calendar is described by two primary components- a ring of 12 animals and a cycle of 5 phases of energy.  Each year is understood as having one of these animal qualities and one of phase of energy, the combination of which yields 60 variants.  The annum which begins on February 8th has as its animal the Monkey and its element Fire.

Many of the animal symbols in the Chinese calendar are familiar to those living outside of China. The rat, the rabbit and rooster are all part of our zoological syntax.   The monkey, however, is another matter.

The monkey is expressive, clever, adaptable, curious, joyful and sometimes cruel.  Yet it is impossible to speak of monkeys in a Chinese context without considering the story of the Monkey King- Sun Wukong-  whose literary record encompasses thousands of pages and scores of stories.

Monkey is both heroic and selfish, and in many ways encapsulates human nature more accurately than his many human companions.  Indeed, we are all the rascally Monkey Kings (and Queens) of our lives. He is constantly tempted by food, power and a general inclination toward naughtiness, but is eventually redeemed by a lengthy Buddhist pilgrimage.  It is only through subduing his powerful but often destructive nature to the Dharma that he comes to find his rightful place.

Monkey is shameless and infinitely confident, qualities which lead him to a host of victories.  Yet the same self-indulgence is also the cause of the many disasters which befall him.  His story is thus one of strength slowly tempered by wisdom and experience, and its example teaches us to reach both upward, toward truth and wisdom, and downward, so that we might reclaim the full power of our primate natures.

Monkey’s natural element in the Chinese system is metal, which speaks to refinement and precision.  Yet this is not a metal year, but a fire one.  In the Wuxing system of five elements, which contains a sort of five-fold rock-scissors-paper arrangement, fire is considered to melt metal. 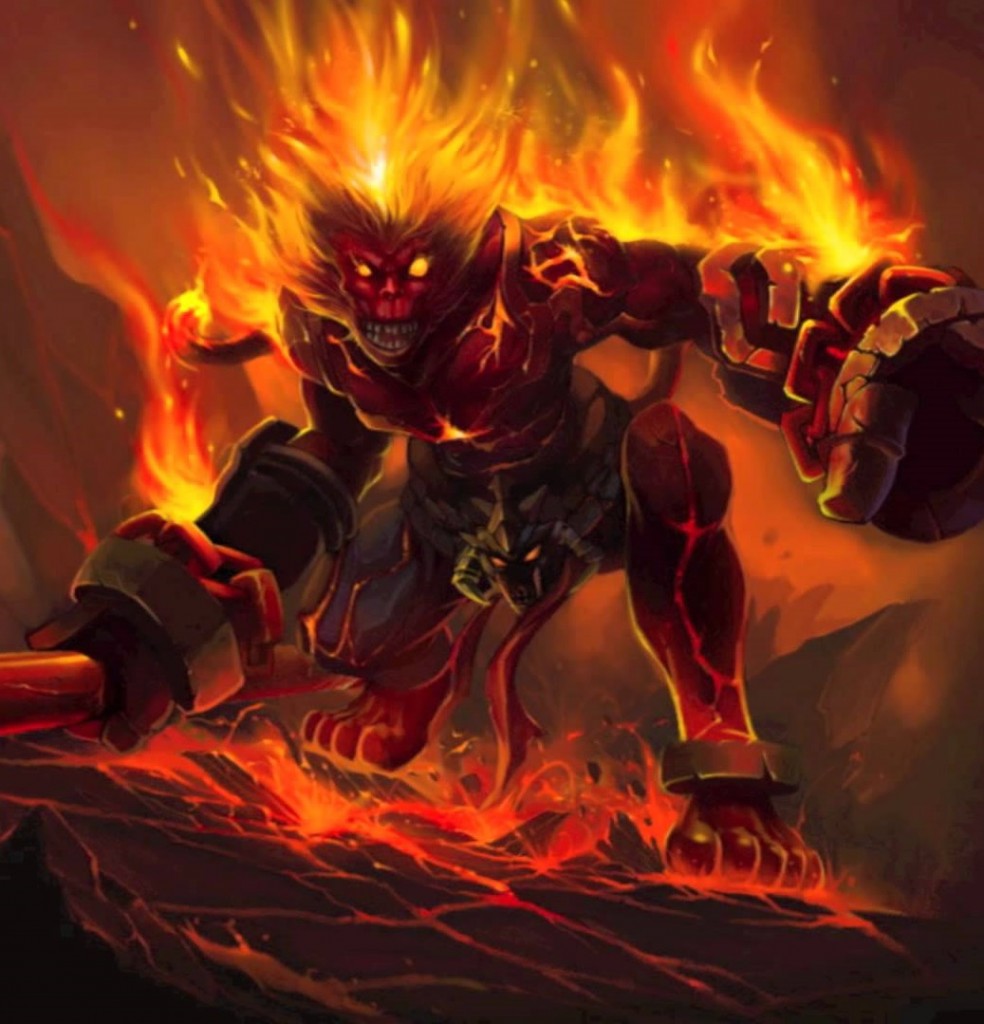 Taking the symbols of “fire” and “monkey” as a cue, we might imagine what happened if a monkey were to accidentally drop its
tail into a cooking fire. We would find ourselves with a loud, aggressive and generally terrifying creature.  In fact, there are few creatures we can imagine which would provide a more chaotic and stressful spectacle.  Yet our poor flaming monkey is not intent on doing us harm, he is just freaked the fuck out.

In accord with this year’s totem, we shall see many people creating aggressive and terrifying spectacles.  Yet in many cases this will not be a matter of intent or even malice, but the more simple matter of tails getting burnt.  If you find yourself in the presence of such monkeys, do not meet spectacle with spectacle.   Instead, simply look to dab a little ointment on their poor burnt tail.  If our times call for anything, it is a little more compassion for our fellow monkeys.

In practice, this means that the self-control and restraint necessary to temper Monkey will be in short supply.  Meanwhile, fire’s expansive, explosive and outward-moving qualities, which Monkey already possesses a surfeit of, will be abundant in the behavior of the 7 billion or so human primates.  To paraphrase Nietzsche, the way of the monkey is always a tightrope act between beast and god, and this year’s elemental nature does not make that balance any easier.  The difference between courage and hubris can be difficult to discern, even under ideal circumstances.

In Journey to the West, the primary catalogue of Monkey’s many adventures, he had a little help remembering when he had strayed over the line.  He was outfitted by Kwan Yin, goddess of compassion, with a very special crown – one which befitted his royal status.  This circlet of gold answered only to his monk companion, Xuanzang, who was given a prayer to recite whenever Monkey started acting up.  This spell, “The Headache Sutra,” would cause Monkey’s circlet to tighten suddenly and painfully, and snapping him out of whatever mischief he’d gotten into.  Thus, as we enter Sun Wukong’s year, let us each don the Monkey Crown and entrust “The Headache Sutra” to an esteemed friend or partner.