The Moon wanes as the week descends steadily towards the Equinox.  Venus enters Libra on Wednesday, but spends the rest of the week trying to maintain her poise amidst difficult aspects to Uranus and Pluto.  Pluto stations direct on Friday, outlining the hard course of both personal and collective evolution.  The week concludes with Mars’ entrance into Leo on Sunday.

Venus enters Libra on Wednesday, the 14th.  Libra is Venus’ home, her place the equilibrium between the oscillating scales.   Normally Venus’ elegant stroll through Libra brings things to balance, providing coherence and grace to a multitude of affairs.  Although they’ll be some of that going around, the first week of Venus’ time in Libra is beset with challenges to this desirable grace.

Venus must oppose erratic, electric Uranus in Aries and square dark, oppressive Pluto this week, tasking us to find grace under pressure.   Yet we can look upon this configuration from a perspective other than that of the beauty savaged by beasts.  Venus in Libra is in full possession of her powers in Libra, and thus able to smooth out Uranus’ erratic wavelength and bring some grace to Pluto’s inevitable descent.

This T-square will be active from Wednesday until the end of the week, and foreshadows the Sun and Mercury’s repetition of this configuration next week.

Retrograde since April 9th, Pluto stations direct this Friday, September 16th.  As Pluto slows down to a perfect stop and then begins to move forward again, we can expect a flurry of underworld announcements.  Brimstone scented smoke signals leak up from cracks in our basements.  We stare at them, receiving cloud-form omens of the nature of what-must-come-next.  Pluto’s direct station signals the onward march of underworld’s mandates.  Corporate power waxes while national power wanes. North America and Europe slowly recede while the rest of the world slowly ascends.   The natural world continues to force the humans into acknowledging that our existence on this plane is a cooperative effort.  And so on.

Mars Enters Leo: Hercules vs. The Nemean Lion, Round 2

On Sunday the 18th, Mars breaks free the smothering confines of Cancer and roars to life once more in the hot savannahs of Leo.  Mars flexes and roars in Leo, infusing the next month and a half with a vital energy that’s been missing since early Summer.  Strength of character, issues of leadership and the ability to draw and hold attention rise to the surface. 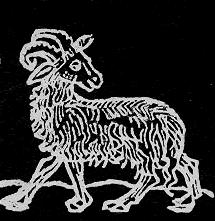 As Venus sidles into Libra, you’ll likely find your attention sliding to your significant relationships.  The focus on others, and your impact on them, may challenge your overstimulated sense of individuality.  Venus’ square with Pluto asks that you reconcile your relationships with your professional ambitions, whose direction will ring loud and clear on Pluto’s direct station this Friday the 18th.

Mars’ entrance into Leo on Sunday the 18th  warms and will soon ignite your creative energies, but we’ll talk more about that next week. 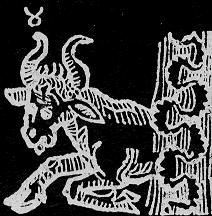 As Venus shifts into Libra this Wednesday, you’ll likely find your mind moving toward the relative balance of your physical and fiscal health. Venus’ opposition to Uranus in Aries highlights connections between subconscious patterns and more concrete issues.  Meanwhile, Venus’ square to Pluto pushes you to reconcile the balance you’d like to achieve with the evolving structure of your long term goals.  Pluto’s direct station reinforces the direction your goals are taking you, and what you must become to achieve them.

Mars’ entrance into Leo on Sunday the 18th  brings a burning spotlight slowly around for a review of your living situation.  There’s more to it, but we’ll save that for next week.

Venus ingress into Libra sees your reservoir of creative energy swell.  You may have a hard time balancing the burgeoning focus on your creativity with the intense energy moving through your social life.  Pluto’s direct station on Friday the 16th emphasizes your changing the way you share what’s yours and benefit from what belongs to others.

Mars’ entrance into Leo on Sunday the 18th sees the red one invigorate your social life and inflame your to-do list.

Mars’ entrance into Leo on Sunday the 18th shifts your attention toward your finances, and the work you’re going to have to do for that money.  Honey.

Venus’ ingress into Libra on Wednesday pulls your attention in multiple potentially pleasant directions, with small tasks competing for your attention.  Here you’ll need to balance the action that your long term goals require with the energy needed for short term commitments.  As Venus squares Pluto, you may be pushed to reconcile your short term goals with the ongoing changes to your financial and fiscal health.

Mars’ entrance into Leo on Sunday the 18th sees the crimson planet place itself in your hands, transforming itself into a Herculean cudgel.  Heft its satisfying weight and consider what might need smashing.

As Venus enters Libra, you’ll likely find your attention sliding to your financial status.  Venus’ opposition to Uranus in Aries may trouble emerging financial harmony with changes in other people’s resources.  Meanwhile, Venus squares a stationing Pluto, you may need to work out the friction between the resources at your disposal and the evolving needs of projects.

Mars’ entrance into Leo on Sunday the 18th sees the red planet slide secretly into the back of your brain, inflaming all that you haven’t said to people over the last year.

Venus’ entrance into Libra shifts the invisible center of things a little closer to yours.  As Venus opposes Uranus in Aries, you may find this growing ease jarred by demands of your significant relationships.  Meanwhile, as Venus squares Pluto, you may be pushed to reconcile responsibilities with ongoing changes to your living situation.

Mars’ entrance into Leo on Sunday the 18th signals that ahead lies a busy social season, where in you’ll get a chance to exercise the lessons in self presentation which have been doled out slowly over the last year and a half.

Venus enters Libra this Wednesday, pulling your attention deeper into your unconscious, dropping you down amidst all the nice things you never said to people.  This gentle descent into your deep mind may be interrupted as planets in Libra oppose Uranus in Aries, calling for concrete problem solving instead of heady rumination.  Meanwhile, Venus squares Pluto, challenging you to do a little soul searching amidst the evolving pressure of your daily schedule.

Mars’ entrance into Leo on Sunday the 18th shifts the crimson one’s influence to your professional sector, likely overlooking a busy month ahead.  There’s more to it, but we’ll get to that next week.

As Venus enters Libra this Wednesday, you’ll likely find your attention scampering across your social network. Yet with Venus’ opposition to Uranus, contradictions between time spent on creative projects and the energy required for social commitments is likely to be an issue.  Meanwhile, Venus squares Pluto just as the dark body stations direct, asking you to reconcile your social desires with bottom line financial issues.

Mars’ entrance into Leo on Sunday the 18th sees the red one inflame philosophical questions and make you itchy to consider long term goals.  There’s more to it, but we’ll get to that next week.

As Venus enters Libra on Wednesday, you may find your attention taken by an increase of activity in your professional sector.  Yet as Venus opposes Uranus, career oriented events may be complicated by issues surrounding your living space.  Meanwhile, Venus squares Pluto just as he stations direct, pushing you to reconcile your professional goals with the personal transformation you’re still in the midst of.

Mars’ entrance into Leo on Sunday the 18th may activate squabbles over who owes who how much.  Maintain virtue in questions of ownership.

As Venus enters Libra this Wednesday, you’ll likely find your attention sliding toward your long term goals.  But the opposition to Uranus in Aries suggests that shorter term goals may demand you attention, interfering with your otherwise horizonal focus.  Meanwhile, as Venus squares Pluto, you may be pulled to reconcile your long term goals with an expanding understanding of what lies in the secret corners of your psyche.

Mars’ entrance into Leo on Sunday the 18th sees the god of war’s planetary chariot roll into your relationships.  Force and fire are essential ingredients of passion, but such energies go easily astray.  We’ll talk more about it next week.

Venus’ entrance into Libra sees your attention shifting toward weighing your exchanges with others.  The focus on mutuality may be interrupted by changes in what resources are available to you as Venus opposes Uranus in Aries.  Meanwhile, Venus’ square with Pluto pushes you to reconcile your agreements and exchanges with the ongoing transformation of your social world. Pluto’s direct station on Friday shines a blacklight on your evolving intersection with groups of people.

Mars’ entrance into Leo on Sunday the 18th sees your vital energies shift into a place of concrete creation and focused problem solving.  There’s more, but we’ll dig into that next week.

Portland and Seattle Lectures and Workshops

On my way to the great Northwest this September! Events in Seattle the 16th-18th and in Portland the 23-25th of September.