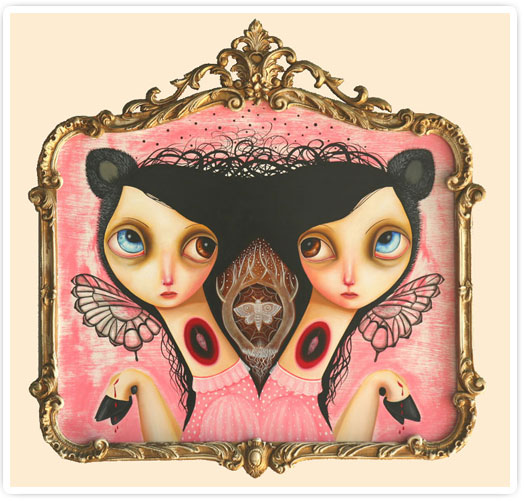 This week we make it to the center of the situation, with the Sun in Scorpio moving to conjoin a retrograde Venus on Thursday.  This configuration brings our focus to the transitions and transformations we’re in the midst of- like the cocoon dweller inspected halfway between caterpillar and butterfly, its a little awkward.  But having our awareness confined to this morphological half-way house is not entirely negative- the ambiguity itself is evidence  of change.

Mars also makes a key change this week, blasting his way out of Scorpio’s abyss and entering Sagittarius on Wednesday.  In Sag, the red one trades in his stinger and claws for a horse bottom and compound bow, shifting the activated archetypes accordingly. During his time in Scorpio, Mars intensified the heart of warrior archetypes, suffusing the background with a do or die energy, but in Sagittarius, Mars pings a different pair of archetypes- the Master and the Drunk. The Master side of Mars in Sagittarius looks toward excellence in  action, be it archery, martial arts, painting, public speaking or meditation.  The chosen art is a focal point for self-transformation, the self’s success evidenced by the presence of super-powers.   On the other hand is the Drunk- energies unfocused, efforts uncoordinated and spent in all directions.  This side of Mars in Sagittarius lusts after the pure joy of waste- a belligerent self assertion that accomplishes nothing. 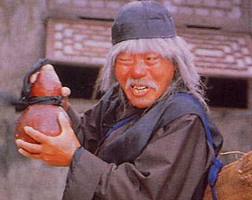 We’ll be working to coordinate the two sides of Mars’ energy for more than the next month, trying to blend the whims of the centaur’s human head and horse ass.  This particular task of temperance evokes a theme already in play this fall, the passions’ golden mean, which was discussed two weeks ago in “The Ascetic and the Succubus.”  An interesting and daunting task, but perhaps some of us will take the opportunity to move beyond this duality and emerge from our cocoons as Drunken Masters. Note: Being drunk and wearing a shirt that says “Master” does not qualify one as a “Drunken Master”, although it is a good try.  And a not-terrible Halloween costume.

One For My Homies

The astrological parameters for Halloween look good this year.  After a rather intense mid-week, the Moon moves into fiery Leo on Friday, trining Mars in Sagittarius and lighting up the fun, party side of the red planet for Halloween weekend.  And so a happy Saimhain to all.  Just remember to give the dead their due- lest they be forced to take it.

For more seasonal sanguinity, check out “The Wheel of Misfortune: The Zodiac of Horror.” 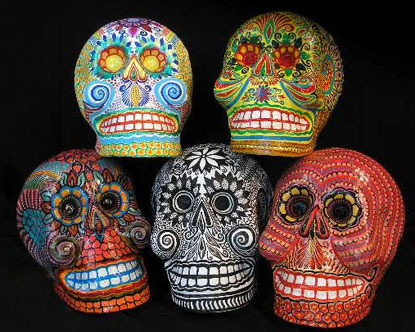 Horoscopes represent a fraction of the insight astrology has to offer.  Reading your Sun, Moon and Ascendant is suggested.  Take a special look at the Moon if you were born at night.

The Sun’s conjunction with a retro Venus in Scorpio this week brings your focus to the way you give and receive energy.   Events surrounding money borrowed or loaned, resources shared, and cooperative projects are all highlighted.   Meanwhile, Mars’ move into Sagittarius provides a bit of the fire that’s been lacking over the last couple months.  The red planet’s movement into Sagittarius ignites your desire to aim beyond your current set of circumstances and consider the larger picture.

The Sun’s conjunction with Venus retrograde in Scorpio mid-week highlights the heart of your perspective on relationships.  Check in with the feelings surrounding these changes but don’t get sucked into the drama.  Meanwhile, Mars’ movement into Sagittarius shifts your efforts to others, putting out a month-long call for you to solve other people’s problems.

The Sun’s conjunction with Venus retrograde in Scorpio highlights the ongoing stream of work you’ve been saddled and the issues its bringing up for you.   Take a note or two and continue your efforts.  Meanwhile, Mars’ move into Sagittarius begins a socially aggressive season for you.  You’ll be called to assert yourself in relationships both professional and personal over the next month.

The Sun’s conjunction with Venus retrograde in Scorpio highlights the ongoing transformation/confusion about what to do with your creative energy.  The answer is to channel it somewhere, lest it just run all over the floor.  Meanwhile, Mars’ movement into Sagittarius prompts you to get off you ass and get done what needs getting done.  Git er…oh nevermind.

The Sun’s conjunction with a retrograde Venus in Scorpio spotlights your living situation.  You may well find a moment of clarity in the midst of the  confusion about where you’ve come from and where you should be going.  Meanwhile, Mars’ movement into Sagittarius infuses you with a bit of the fire you’ve been lacking, igniting latent creative energy and leading to some good times.

The Sun’s conjunction with a retrograde Venus rays a bit of clarity into your thought process, providing the opportunity to see through confusing cognitive patterns.  Relationships with siblings and neighbors may see an important moments, as well.  Meanwhile, Mars’ movement into Sagittarius turns up the heat beneath your feet.  The red planet will be igniting action in your living space for the next month and a half.

The Sun’s conjunction with a retrograde Venus provides a bit of clarity about your financial situation, providing a check up as to how well you’re handling the required changes.  Even amidst signs of change,  it may still feel like a tight squeeze.   Meanwhile Mars’ movement into Sagittarius invigorates your social life, pushing you to go out and say hello to friends and neighbors.  Try hanging out with someone other than your inflatable sex doll.

The Sun’s conjunction with retro Venus in your sign is likely to put you in an emotionally cramped state for a few days mid-week.  Don’t worry, it’ll pass.  Like a kidney stone.  Anyway, Mars’ movement into Sagittarius this week will take your intensity level down a bit, switching the knob from “mumbling psycho” to “merely creepy.” …and happy birthday to the appropriate Scorpios.  Your present this year, which I assure you is in the mail right now, is a box of cereal.  “Scorpi-Ohs!” are a delicious and nutritious medley of last year’s Halloween candy, deadly nightshade mushrooms and honey toasted wheat flakes.  Enjoy.

The Sun’s conjunction with a retro Venus looks over a strange pressure in your head as hidden facts eat their way out of your skull.  Enjoy that.  Meanwhile, Mars moves into your sign this week.  In Sagittarius, Mars will reassure you that not only are you awesome, but that being awesome is badass.  You could probably use the surge in self assurance, but please try to keep your unfounded confidence to yourself.

The Sun’s conjunction with a retrograde Venus this week highlights relationships with friends at what may be a rather cramped point.  Consider what needs to change here, and make those changes, if you haven’t already.  Which you probably haven’t, because you’re likely a stubborn motherfucker.  Meanwhile, Mars’s entrance in Sagittarius begins a month and half long period which will ignite hidden enthusiasms and kindle internal conflicts.  Work to unravel the impulses that emerge before acting on them.

The Sun’s conjunction with Venus retro this week spotlights your professional situation mid mutation.  There may be a bit of contortion within the chrysalis, but you’ll have to endure it for a little while longer to find that next form.  Don’t get claustrophobic.  Meanwhile, Mars’ entrance into Sagittarius this week lights up your social life and ignites your desire to do some networking, an impetus you’ll only see get stronger as the season ensues.

The Sun’s conjunction with a retro Venus in Scorpio this week highlights the ongoing changes to your long term plans and life direction.  The solar spotlight’s pass over the contradictions you’re trying to reconcile will help make some sense out of where things are going, and where you should be heading.  Meanwhile, Mars’ entrance into Sagittarius this week begins a month and a half long professional call to action.  There’s stuffs to be done, goddamnit.

Sol in Scorpio, Luna in Gemini

If you find yourself a little confused by the strange waters of the season, consider a consultation.  Send inquiries to ac@austincoppock.com.