This week is host to a brilliant Full Moon in Aquarius, which in the Americas, occurs early Thursday morning.  While the Moon achieves maximum brilliance, Mercury creeps toward Jupiter.  The smallest planet conjoins the largest on Sunday, with plans to keep the giant company for the next several weeks.  Meanwhile, Mars spends the week closing in on its August 23rd conjunction with Saturn, steadily turning up the heat.

The Full Moon in Aquarius arrives in the dark hours of Thursday morning (Aug 18, 2:23 AM PDT).  First, while this Full Moon is being reported by some sources as an eclipse, this is not the case, as there will be no visible dimming of the Moon’s light from any location on Earth.  As I wrote in my review of August’s astrological configurations–

“It is worth noting that this Full Moon is by some stretches of the imagination and technical definition an eclipse.  Yet it is so weak as to be imperceptible to the naked eye.  You will look up and see only undimmed silver.  Save your fear of the blood Moon and the dark Sun for the pair of visible eclipses coming in September.”

Though not an eclipse, this Full Moon is not without character or power.  The annual opposition of the Sun in Leo and the Moon in Aquarius always juxtaposes identification and detachment, challenging us to reconsider the how invested we are in life’s many dramas.

This year’s Full Moon in Aquarius occurs in the third decan of the Water-Bearer’s sign, which happens to be ruled by the Moon (according to the Descending Order method of rulership.)  When a planet is in a decan it rules, it unlocks the decan’s significations, and the symbols and images associated with it come tumbling out.

In my book on the decans, “36 Faces,” I attempted to summarize the meaning of the third decan of Aquarius with the image of a knot, as this face of Aquarius highlights matters in which we become tangled and thus dream of escape.  The dilemma many encounter here is best summed up by the Clash’s “Should I Stay Or Should I Go?”  The Clash’s song expresses the anxiety produced by indecision, yet indecision must always precede decision.  Rushing a choice in order to escape that tension is of little value.

Instead of trying to untangle a given knot, sometimes it is wisest to abandon the whole mess.  This is the answer Alexander the Great gave when confronted with the famous Gordian Knot.  Instead of taking the time to unwork it, Alexander merely drew his sword and sliced it in half.  This is the easy answer, for situations which do not require subtlety, only separation.  This option is depicted in the Rider-Waite-Smith’s 7 of Swords.  It is the “Screw you guys, I’m going home” answer to entanglement.

While some of the issues which arise in Aquarius’ third decan can be dealt with this simply, others cannot.  A relationship, for example, easily gets tied up in karmic knots, little unresolved moments which restrict the flow of energy and love.  One cannot apply Alexander’s answer to such delicate affairs without abandoning the whole project.  The same could be said of the knots of mind and muscle which so persistently mar our backs and necks.  Knots in living tissue, be they tissue body or soul, must be massaged out slowly and carefully, their patterns unwound with care.

Yet not all knots are problems.  Some keep us lashed to the decks of our ships, and others bound to the people we’ve sworn loyalty to.  You may even want to tighten a few of them.  So as this week’s bright silver illuminates knots great and small, ask yourself whether you want to tighten them, commit to massaging the tangles away, or give it a slice and be on your way, Alexander-style.

On Sunday, Mercury conjoins Jupiter in Virgo.  Though the conjunction is precise on Sunday, it is less a moment and more the beginning of a period.  Because Mercury has slowed dramatically in preparation for its upcoming retrograde, the tricky planet will not stray more than a degree and a half from Jupiter for the next three weeks.

This ongoing conjunction highlights the intersection of the intellect and the wisdom-mind, the programmer and the priest.  With Mercury slow in preparation for a retrograde spiral, you may find your mind pulled earthward, and hungry for excavation.   Mercury is just beginning to drill downward, churning up data in pursuit of something deeper.

If you feel the need to dig, then by all means sink a mineshaft, but don’t expect to emerge for quite some time- once you burrow your way into the vaults of the underground library, you’ll find yourself lost in its halls for quite some time. 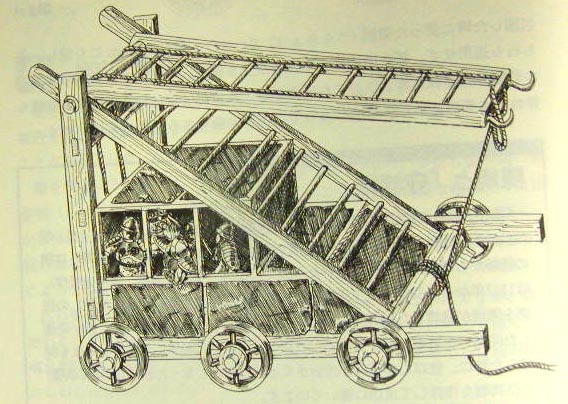