In essence, Mars’ journey through Leo asks us to define what our own, unique power is- the strength that proceeds from who we truly are.  This overall question is dealt with with in the previous article “Mars in Leo: Archetypal Armory.”

However, what we are in the midst of is not one of Mars’ normal passes through Leo. It is one of his retrograde cycles there, which come roughly every 15 years.  During these extended stays in Leo, Mars abides in the sign of the Lion for over half a year at a time.  Mars usually only takes 1 ½ month to transit a sign, making the retrograde cycle a significant emphasis on the qualities of the sign.  During a retrograde, Mars digs deep into the landscape, burrowing beneath the archetypal fabric of the sign and exploring its subterranean tunnels.

The surface of Leo is the Self Expressed, but beneath that lie the catacombs of the personal shadow.  The shadow is all that we are, but refuse to be.  It is the total of all valid but repressed aspects of the essential self.  The period where Mars is in the degrees that he will retrograde through, but is not yet retrograde, is “coincidentally” called the shadow.

Mars in Leo activates the shadow, enlivening and invigorating what we’ve refused to be.   Because the Shadow is defined by “Not-Me, Nought-I”, this sets up a conflict between the Conscious Self, the Self that we identify with, and the Unconscious Self, or shadow, that we refuse to identify with.  This friction is one of the important sources of conflict and general dis-ease that accompanies the retrograde period of Mars in Leo.

This conflict is not meaningless or pointless.  Mars in Leo summons the forgotten and hidden self in order to force a reintegration with the conscious self, in the process creating an identity that is more true to the essential self.  It is only through this new and improved self concept that the power-proceeding-from-self can emerge.  A divided self cannot produce unified power.

This integration between the Conscious and Shadow Self is pictured in the Tarot Card “Strength” attributed to Leo.  The Maiden and the Lion, the Lady and the Tiger.  The Lady is the civilized, conscious self while the Lion represents the untamed and as of yet unconscious energies of the Shadow Self.

A similar relationship can be seen in the myth of Hercules and the Nemean Lion (see Mars in Leo: Archetypal Armory for more on the relationship of this Card and Myth to Mars in Leo).  Hercules restrains the Lion with his bare hands, and then, once he has killed it, skins it and wears its invincible hide.  The Hercules myth takes us one step further than the Tarot Card.  The Lady merely restrains the Tiger, representing the Conscious Self’s power over the Shadow Self.  However, this is a temporary equilibrium based on effective repression, and does not put an end to the duality.  Hercules, by wearing the invincible skin of the Lion, absorbs the power of the beast, the forgotten and disowned power of the Shadow Self.  The image of Hercules wearing the Lion Skin is therefore one of integration.

The theme of gaining power by uniting with the shadow is not present only in bits of arcane lore and ancient myth.  The process of the vampiric absorbtion of fractured shadow selves is the primary mechanic in the popular video game series “Mega-Man.”  In all of its over a dozen incarnations, Mega Man fights other robots who have a variety of specific powers.  There is Heat Man, and Bomb Man, Quick Man, Cut Man, etc  Whenever Mega Man defeats these opponents, he absorbs their power, gaining the ability to throw bombs when he defeats Bomb Man, the ability to through Blades when he defeats Cut Man, etc.

In later installments of the series, the other robots stop being taking the form of other humanoid robots, and instead take on animal forms.  In each, there is the pairing of a power (shakti) and an animal totem, making for several rather hilarious combinations, such as “Napalm Ostrich” and “Spark Mandrill.”  This is significant because the psychological dynamic represented by Mega Man is the same one pictured in the Strength Card and played out in Hercules’ battle with the Nemean Lion.  In each of these, the Conscious side is represented as humanoid, while the shadow side is represented as bestial and elemental.  So, if you don’t resonate with Hercules vs. the Nemean Lion, perhaps Mega Man vs. Spark Mandrill is more up your alley.

The Beast Totem of the Unconscious Self

Why is the Shadow Self represented as a beast?  Well, those who were raised in any society whatsoever have been conditioned to identify with the impulses their culture allows and dis identify with those it forbids.  One strata that is almost universally forbidden is the animal level.  We all learn to repress the more primitive instincts.  Therefore the Shadow Self has a bestial component.  It is highly analogous to Freud’s concept of the repressed Id, whose desires center on food, fucking, fighting.

This valid recognition of the bestial aspect of the Shadow Self often leads to distortions.  The parts of the essential self that we repressed are not solely animal.  The Shadow Self often has many human or even angelic qualities.  It is the sum total of what-we-are-but-do-not-identify-with.  Social conditioning is most powerful on the family level, which usually contains the seed pattern of the larger culture’s taboos, but also encloses us with a much more specific set of limitations.  An artistic child raised in a family of engineers may well grow up with the aesthetic facets of self repressed.  The reverse is also true.  The content of shadow is formed by the shape of the conscious self, whose boundaries are a result of culture, family, socialization and personal choices.

And so while virtually everyone’s shadow contains bestial components, the other qualities are highly relative to the individual and their enculturation.  The Shadow Self is the hidden artist in the engineer, the concealed boxer in the poet, the shrouded motivational speaker in the musician.

The Limits of the Vampiric Metaphor

Although Hercules’ and Mega Man’s absorption of their opponent/shadow powers is exciting, it ultimately represents a cartoonified version of the psychological process. For in order to create unity, the identity must expand to incorporate the emergent Shadow.  The act of violence against the Shadow Self is still an act of violence against oneself, and ultimately an act of denial.  Integration happens through a careful dialogue between the current self definition and those energies and actions which comprise the emergent aspect of the Shadow.

Where Does the Shadow Fall?

The events that trigger the emergence of the Shadow Self is based on what area of the chart Mars is transiting, and which ones Mars rules.  The area of the life where this challenge comes from is based on the House of the birthchart that Leo overlaps with.  If the primary focus is relationships, then one may find that who they are in relationships is different from who they think they are.  If the focus is professional, then it may be that a change in one’s career is putting them in a position where they are discovering an entirely different aspect of their character, one they had defined themselves as not-being.

The mental architecture of the Mars in Leo retrograde is made of self-definitions.   These self definitions are going to be challenged, and changed.

In summation, the Mars retrograde cycle we’re in the midst of has a focus on creating integrated and authentic personal power, as dealt with in Mars in Leo: Archetypal Armory.  However, this type of power doesn’t come from wishful thinking.  It comes from the encounter with the Shadow Self, all that we are but haven’t been.  The emergence of the Shadow Self creates internal friction, as our self definition is challenged.  We can go out of our way to defend this crumbling and inaccurate identity construct, or we can sit and dialogue with our Shadow Self, recognize the source of the fracture that divided the Self into Me and Not-Me.  Your lightsaber lies somewhere in the abyss between the Image and the Shadow.

Sol in Sagittarius, Luna in Leo 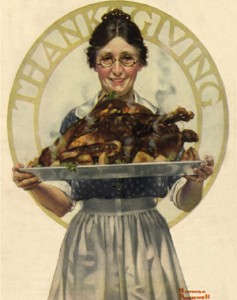